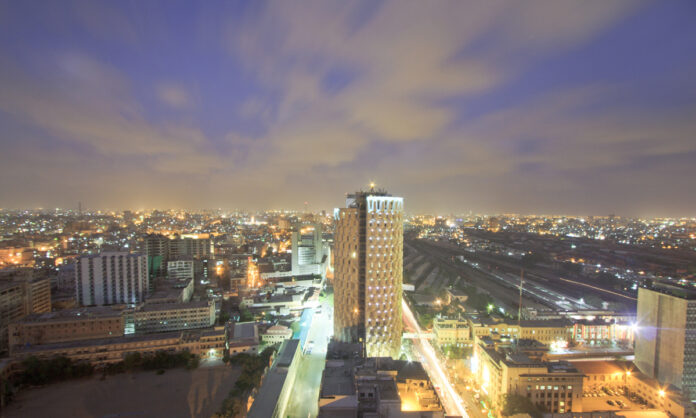 KARACHI: Karachi has been ranked among the world’s most polluted cities as the level of hazardous particles in the air reached 324 on Sunday morning.

Sunday afternoon reading of the Air Quality Index (AQI) for Karachi was recorded at 188.

An expert said that in winter an increase in air pollution witnessed, change in the wind speed, wind direction, and sliding minimum temperature increases air pollution.

The smoke from factories and vehicular traffic in cities are among some factors adding to the air pollution, he added.

According to experts, the air becomes heavier in the winter as compared to summer, causing poisonous particles in the atmosphere to move downwards and making the atmosphere polluted. As a result, a layer of polluted particles, including large amounts of carbon and smoke, covers the city.

The smoke produced by factories and burning coal, garbage, oil or tyres enters the atmosphere and the effects of this appear at the onset of winter and remain till the season’s end, experts said.

Although southwestern winds blowing from the sea may work as a filter for the air in Karachi, these winds remain mostly suspended during winter, experts said.

They noted that winds blowing from the northeast increase the concentration of hidden polluted particles, and a healthy atmosphere in such a situation is subject to rainfall, which washes off all pollutants.