Display was in connection with Kashmir Premier League, PSB administrator 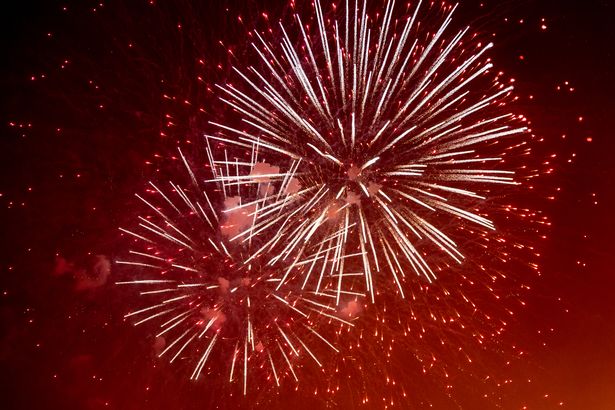 LAHORE: The Pakistan Sports Board (PSB) on Thursday night set off intense fireworks in the provincial capital for the anthem of Kashmir Premier League (KPL) without intimation to the district administration and police, which spread fear and panic among the citizens.

According to details, the fireworks, which were set off in Qaddafi Stadium between 3 am to 3:30 am, were so intense that they echoed in most parts of the city and frightened the people.

After the fireworks, many people expressed outrage over the incident and termed the move as highly inappropriate. They not only noticed the intensity of the fireworks, but also shared their reactions on social media. Some people made pictures and videos of the fireworks and expressed their concerns on social networking sites Twitter and Facebook while some even felt as if a war had broken out between Pakistan and India.

Some of the people believed that since the Pakistan Super League (PSL) was about to start, the organisers had set off fireworks for their anthem and rehearsals.

However, Pakistan Cricket Board (PCB) Director Commercial Babar Hamid told Pakistan Today that the fireworks that went off late night had nothing to do with the PSL or PCB. “The rumours that fireworks were set off for a PSL event or the PCB set off fireworks are false. Qaddafi Stadium has three portions, a cricket ground, a football ground and a hockey ground. I guess, the display of fireworks took place at the football ground and its details can only be revealed by the Punjab Sports Board,” he said.

The sources also claimed that the district administration was silent and ignorant on the whole issue while maintaining the past traditions.

When Model Town Assistant Commissioner Zeeshan Ranjha was contacted, he was unaware of the matter too. “Large-scale fireworks cannot take place in Lahore without permission,” Ranjha said.

Similarly, when the police stations of Gulberg, Muslim Town, Garden Town and Model Town were contacted, the concerned officials said that their police stations had no information about any such event, adding that no emergency calls or complaints of any kind were received.