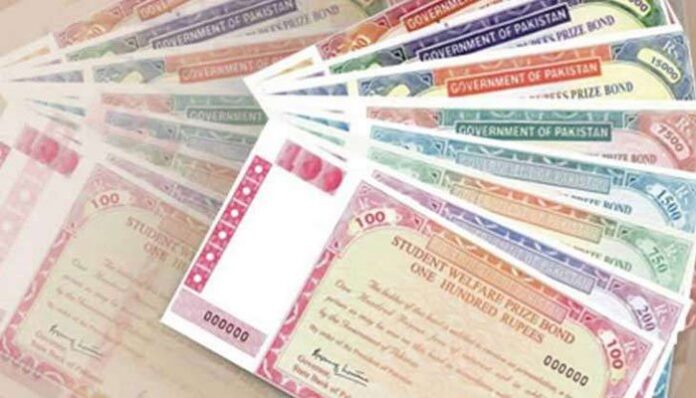 The government has stopped the sale of prize bonds of Rs25,000 denomination with immediate effect, while those in possession can be cashed or replaced with other bonds by May 31, 2021, State Bank of Pakistan (SBP) stated on Thursday.

The Finance Ministry had already issued instructions in this regard a day earlier.

As per the SBP, “People who have Rs25,000 bonds can cash them or convert them to premium prize bonds of the same denomination by the given deadline. Alternatively, they can get them replaced with Special Savings Certificates or Defence Savings Certificates.”

“In case one chooses to convert these standard bonds to premium prize bonds, one will have to participate in a draw. It offers two prizes of Rs30 million each as the first prize. The second prize of Rs10 million consists of five separate prizes. Another 700 prizes of Rs300,000 are part of the third prize.”

By issuing bonds, the government aims to encourage a culture of saving among people and, at the same time, utilise these savings to finance their own needs as opposed to borrowing from banks, which is expensive, the SBP statement read.

The authorised commercial banks shall also issue Rs25,000 denomination Premium Prize Bonds (Registered) as per the prescribed procedure, with immediate effect. Stock of the same has already been delivered to authorized commercial banks.

The bondholder shall be required to submit a written request for conversion of bearer bonds to Rs25,000 Premium Prize Bonds (Registered) on the prescribed application form.

The central bank has asked the authorised commercial banks  to accept requests for replacement of bearer bonds with SSC or DSC on the prescribed application form.

February 4, 2023
ISLAMABAD: Mushaal Hussein Mullick Chairperson Peace and Culture Organisation said that the Hindutva regime altered the heaven like valley into a killing field and...