The greatest tragedy of all

And things are not looking up 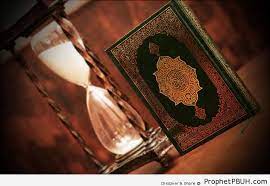 For a long time now, the Quran has been denied the pride of place in the consciousness of Muslims, simple folks and intellectuals alike. Things were not always like this. For starting from the time of the Prophet (peace be upon him) and continuing for many centuries, the Quran used to occupy centre-stage in the thought process of Muslims, with spectacular results. If the Muslim world’s continuing indifference to the Quran is not extremely tragic, I do not know what is.

Those familiar with the five-thousand-odd-years history of philosophical thought know it only too well that for the most part it has been a succession of metaphysical/ethical riddles and their purported solutions in the form of unfathomable philosophies, or theories that could not possibly be put into practice. By these ideas, their proponents managed to confuse and paralyze untold numbers of their followers, and their own selves as well. Those well-versed with the history of human thought know that these high-sounding ideologies have continuously vacillated from one extreme to the other – today glorifying the communal side of human beings, tomorrow championing the individual instead, only to start over the next day.  Only these folks can fully appreciate the value of the Quran on account of how it guides man into light out of the darkness of confusion and/or indecision.

There is no dearth of well-meaning reverence for the Quran on the part of all Muslims – let there be no mistake on this point. Simple folks make it a point to reverentially place it in the topmost shelf when they are not reciting it. But when they recite it, they are invariably content with blind reading. Those of a more intellectual bent, though they also nominally hold the book in high regard, usually have this misconception that the Quran is too simple a book to satiate their philosophical thirst. On the odd occasion that they do bother to read it, they are disappointed when they do not find the premises-implication-conclusion structure they are so used to in books written by logicians. In the Quran, the argument is there all right, but it is wrapped around the conclusion itself in the form of layers. On a superficial reading, it remains hidden; one needs to delve deeper and peel the layers, so to speak, to discover and appreciate the argument. But since it is not a book for intellectuals only, the simple man can equally derive benefit from its conclusions even by virtue of superficial reading, provided it is not blind recitation. This way, the non-philosophical mind can benefit from it as well as the more sophisticated person who bothers to delve into its depths. That so few Muslims (regardless of their intellectual skills) benefit from the Quran owes to their not recognizing the real worth of the book.

The unfortunate results of this are there for all to see. The common misunderstandings regarding the earliest revelations, the history of Hazrat Ibrahim (AS) and Hazrat Ismail (AS), the return of Hazrat Isa (AS), the torment of the grave, the Night Journey of the Prophet (peace be upon him) and the like, would not exist if the Muslims made it a point to refer to the Quran for answers to such questions, instead of relying on an admixture of Bible history, fabricated narrations, and fairy tales heard at their nurse’s knee.

Since time immemorial, the two issues that have occupied man have been the problem of knowledge and the problem of conduct. In other words: What can we know about the nature of the world, and our own natures?

And it is not merely a matter of controversies that, though important conceptually, do not have a direct bearing on practical life. For not making a habit of consulting the Quran on ethical issues often directly and strongly influences the day-to-day affairs of individuals, legislation in a community, and the functions of a state: for example, intercession, law of testimony, punishment for adultery, and matters of inheritance, to name but a few.

Since time immemorial, the two issues that have occupied man have been the problem of knowledge and the problem of conduct. In other words: What can we know about the nature of the world, and our own natures? And how best to live our lives according to that knowledge? Philosophers have done no service to anybody by getting bogged down in epistemological quagmires in the form of fabled (but frankly silly) debates such as man’s responsibility (or lack thereof) for his actions, free will/predestination, the supposed inconsistency between omnipotence and beneficence of an omniscient God, and the ‘mechanism’ wherewith God interacts with the world.

For those familiar with the usual analysis-paralysis associated with such debates, the Quran is a breath of fresh air. On the problem of knowledge, it tells its readers to first know the limits of their knowledge. That there are certain things they cannot wrap their heads around – the nature of God, how a Transcendental God interacts with a world in time and space, the details of the Hereafter, etc. On such matters, man is advised to be content with whatever information he is provided via revelation, without trying to figure out the details, ‘mechanisms’, etc. As for empirical knowledge, he is encouraged to employ his senses and powers of abstraction to figure out the laws of the universe. On the question of conduct too, the Quran provides instructions on issues that man has no basis to settle one way or the other, leaving the rest of the field open for him to figure out for himself.

The fact that even the best Muslim minds, for many centuries now, have devoted their energies to philosophy, Kalam, mysticism, and poetry instead of empirical sciences is a sad commentary on the whole community. For whatever conclusions could possibly be reached as a result of those efforts had already been provided to them, and from no less than the Creator of the universe!

Muslims urgently need to reorient themselves. They have the Quran; all they need to do is start heeding its teachings. Things on this front are not looking up though.