Pakistan’s export to China up by nearly 7pc 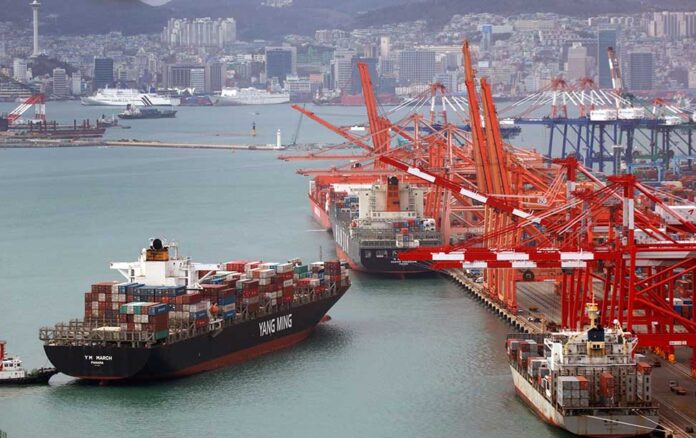 ISLAMABAD: Pakistan’s export to China crossed $2.40 billion in the first eight months of this year, up 6.23 percent year on year, Gwadar Pro reported on Thursday quoting the official data from the General
Administration of Customs of China.

According to data from GACC, overall from January to August 2022, China’s
imports & exports from Pakistan counted $ 18.41billion, up 7.28% year on
year while in 2021 the same period it was $17.16 billion. In the month of
August Pakistan’s exports to China decreased 25.71 percent year-on-year, due
to heavy monsoon caused flood and COVID-19 which destroyed many sectors
including agriculture, infrastructure, and industry.

Dr. Mehmood Ul Hassan Khan, Executive Director, Center for South Asia &
International Studies (CSAIS), Islamabad, told Gwadar Pro that China is
Pakistan’s largest trading partner besides being the second largest export
destination and last year, especially despite the pandemic, the bilateral
trade was growing by a big percentage.
“Unfortunately, due to deadly floods, 33 million people have been forced to
leave their houses. 18,000 square kilometers’ agriculture has been
destroyed. Its massive destruction including that of the cotton crop would
be disastrous for the country’s exports to China.

Moreover, the destruction of cashable crops and commodities has entangled
the state, society, economy, and common people alike,” he stated.

It seems that the devastation of floods will drastically reduce exports to
China in the coming months due to flood. So far, seafood, pine nuts, sesamum
seeds, and rice remain top export products to China.

Pakistan’s exports to China in 2021 remained at $3.589 billion and in 2022 the export volume can reach $4 billion and with the increase in food products; however, Pakistani exporters must follow the
rules and regulations set by the Chinese authorities for imports.

In this regard, according to Gwadar Pro, the Trade Development Authority of
Pakistan (TDAP) in collaboration with China Certification and Inspection
Group (CCIG) Shanghai, and Tofflon Group Shanghai organized a webinar on
Tuesday.

Besides officials from TDAP and CCIG, a large number of Pakistani exporters
and experts participated in the webinar.

“This year, Pakistan exports’ volume can surge up to $4 billion and the
space is available in food products,” said one of the experts from CCIG.

According to the General Administration of Customs China’s statistics, the
value of Pakistan’s food exports to China in 2021 was $840 million.

Of them, $609 million was vegetable products, $179 million was animal
products while the value of prepared foodstuff was $52 million. Similarly,
in 2021, the value of the export of nuts and dried food from Pakistan to
China was $65 million.

In 2021, the exports of processed seafood from Pakistan to China 2021 were
$8.4 million while the value of mangoes exported during the same year was
$127 million.

Pakistani exporters can get major shares in the imports of these products;
however, they need to know the general characteristics of the Chinese
Consumer Market.

For example, due to an increase in per capita income and consumer
expenditure, China is close to becoming an upper-income country with
increasingly health & fitness-conscious consumers.

They are spending money on quality and imported food while online buying is
becoming an increasingly popular mode of purchase.

To get maximum space in China’s market, Pakistan exporters should keep in
compliance with import guidelines; they should develop a brand and build a
website in the Chinese language, emphasize on health features of their
products, prepare attractive and convenient packaging, make use of
e-commerce platforms like Alibaba and JD, and promote their products through
live-streaming and social media platforms.

ISLAMABAD: Quaid-e-Azam University (QAU) was awarded with Rs 1 billion grants from foreign donors in recognition for unprecedented rise in international ranking due to...
Read more
NATIONAL

September 25, 2022
FAISALABAD: State Minister for Petroleum Dr Musadik Masood Malik said on Sunday that Pakistan will prefer utilisation of local resources instead of depending on...