Probability of Democracy in Pakistan

A democratic future is quite probable 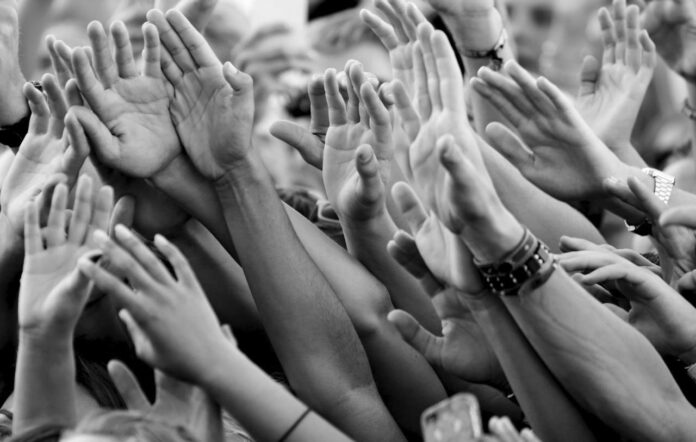 Democracy is sustained in a country with a democratic process and cultural acceptance. Democracy in any culture and civilization is sustained through mutual commitment to democratic norms and values and the evolutionary process of replicating democratic ideals like constitutional supremacy and inclusive pluralism.

With the advent of the coinage system in recent centuries, the extent of wealth expanded, which caused political dominance for the middle class. Likewise, with the dawn of the Internet and social media, democratic ideals have become the cultural norms of society because it is the only system that recognizes the identity and fundamental rights of human beings.

Democracy is a process sustained with time with the acceptance of people in society. As the Pakistani society is more aware than at any time in history due to media literacy and social media ventures, democracy probably has a future. The equation of democracy is solved through a rough and rugged road. There are challenges in sustaining valid democratic values, but it is an irrefutable fact that democracy has attained an important place in our society. Pakistan has a future in democracy because no competent political solution exists other than democracy in Pakistan

The globalization exchange of ideas and knowledge also paved the way to celebrate the democratic values among the masses. It is not deniable that democracy is a continuous evolutionary process that stays in constant struggle. Democracy in Pakistan remained in shackles, but the recent changing and transforming trends established the probability of a democratic polity in Pakistan. Democracy has a future in Pakistan with the dawn of new values and vibrant social forces to establish democracy as a political force in power.

The rise of media literacy in people and digital accountability ensured the prosperous, democratic probability in Pakistan. In the past, the grievances between the citizens and institutions were significant. With the emergence of digital platforms like PM’s Performance Delivery Unit (PCP) and Pakistan Citizen Portal, the direct access of the citizens to any institution expanded. This institutional approachability bolstered the trust of citizens in the state.

Trust plays a pivotal role in any democratic country. Now citizens can show their grievances through the internet by registering a simple complaint on such digital platforms. The gap between the state and its subjects shrank. This rising digital accountability and access is the way toward an inevitable democratic transition in Pakistan.

Francis Fukuyama argued in his book Political Order and Political Decay that a vibrant middle class and urbanism have a considerable impact on implanting democracy in any state. The Wall Street Journal asserted that Pakistan has 42 percent of its population as middle-class. When the middle class emerges in any country, economic participation, and political consciousness increase. The economically self-sufficient class demands political space. With the rising incentives of political spaces and the middle class as pressure, the groups build rhetoric of democracy with propensity.

Social media facilitated people in recent years to interact with new ideas, knowledge, and values. These values played a role in formulating a general perception of people about democracy and constitutional norms. The interaction with different cultures and ideas through social media created a positive image of cherished democratic ideals, which was absent in the last decades from the general acceptance in people. People used to celebrate undemocratic ideals too. In the 21st Century, the changing paradigm of a psychological shift in Pakistani society is the hallmark of probable democracy in Pakistan.

In his book The Man On Horseback, Samuel E.Finer explained five levels of undemocratic forces to intervene in the civil politics of any society. He argued that level 4 and level 5 are against democratic ideals. It directly halts the democratic journey of any country. In the Post-2010 community, there is no direct intervention by undemocratic institutions in Pakistan, which is level 4, and level 5 is Martial Law. Contemporary undemocratic forces only influence or blackmail civilian governments through operational tactics, which is disturbing but acceptable for the future scope of democracy. The declining influence of undemocratic forces and the absence of direct intervention with force is an optimistic sign about the probability of democracy in Pakistan.

Democracy in Pakistan has specific challenges like passive acceptance of diversity and pluralism. Pluralism and diversity play a huge role in the democratic form of the state. The prevalent struggle for homogenising culture, values, and art is problematic. Heterogeneous norms and celebrating differences are the essence of democracy. Dissent and positive non-conformism is the building block of any democracy. The democratic deficit in Pakistan exists because dissent is systematically sidelined through different institutional mechanisms. Democracy in Pakistan will sustain maturity if dissent and different ideals from various strata of society are celebrated.

Democracy is a process sustained with time with the acceptance of people in society. As the Pakistani society is more aware than at any time in history due to media literacy and social media ventures, democracy probably has a future. The equation of democracy is solved through a rough and rugged road. There are challenges in sustaining valid democratic values, but it is an irrefutable fact that democracy has attained an important place in our society. Pakistan has a future in democracy because no competent political solution exists other than democracy in Pakistan.