Every flood-affected family to resettle in their homes soon: Basharat Raja 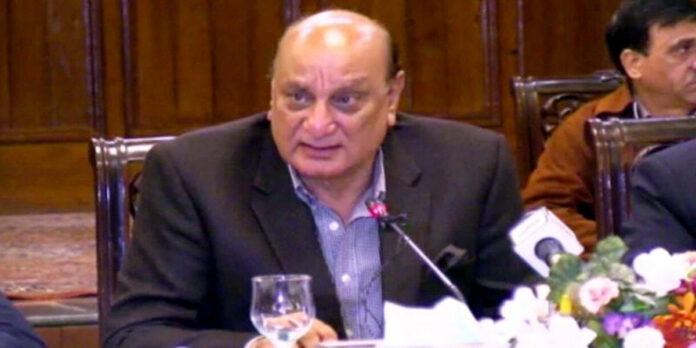 The reconstruction work of the houses would start as soon as the water receded, he said and added the Punjab government would leave no stone unturned to provide sufficient financial resources to affected people.

Addressing a press conference at DGPR here, he said that Punjab received a total of 364 mm of rain this year, which was 85 percent more than normal. “Although pre-monsoon flood warnings and all necessary preparations were made by the concerned departments, however preparations did not prove to be effective against the unprecedented heavy rains”, the minister added.

Basharat Raja said that 188 deaths occurred as a result of rains and floods in the entire province. “Apart from this, 3,256 people were injured while 25,315 houses were damaged,” he said.

Raja said that districts of Rajanpur, DG Khan and Mianwali were the worst affected, adding that 644,339 people were affected by rains and floods while more than two lakh cattle were also perished.

The minister said that Chief Minister Punjab Chaudhry Parvez Elahi himself was supervising all the relief activities. “Flood-affected areas have already been declared a calamity hit. At present, the relief work is in the final stages, then the most crucial phase of rehabilitation will begin”, he briefed the media.

Basharat Raja said that a relief package had been approved by the Chief Minister for the affected people. “Compensation of one million rupees will be given to the next of kin of each deceased person. Earlier, aid was not given for the construction of kacha houses, but this time the government will also provide aid for the reconstruction of kacha houses” he announced”.

He said the Chairman high powered ministerial committee said that 184 relief camps were established in the affected areas. A total of 33,478 tents, 4,400 bags of flour, 68,637 food hampers, more than 3,000 pots and thousands of water bottles had been distributed in three tehsils of Rajanpur, four tehsils of DG Khan and one tehsil of Mianwali, he maintained.

He said that as usual overseas Pakistanis were leading in helping their brothers facing difficult times. Raja Basharat said that along with the government, welfare organizations were also helping their affected brothers and sisters.