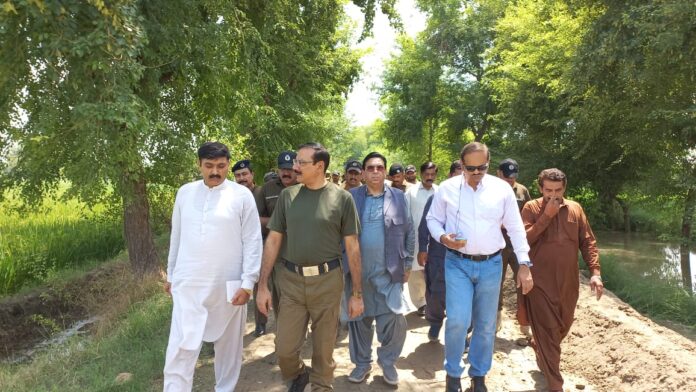 MULTAN: Ali Anan Qamar, the deputy commissioner of Muzaffargarh district, on Tuesday visited flood-hit towns of Jatoi tehsil and inspected facilities being provided to victims in rescue camps and ordered to expedite the efforts.

Around 8,000 acres of land have been inundated with floodwater from the Chenab river while more than 600 houses of farmers were damaged in the district, according to district administration data collected by revenue officials.

He also ordered the provision of better facilities to the people affected by the floods.

He said no stone will be left unturned in providing ease and facilities to victims. He said the local populace will not be left in a lurch and will be provided maximum relief in this hour of crisis.