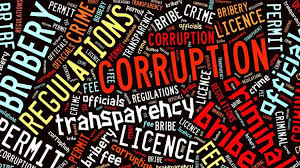 PESHAWAR: The Auditor General of Pakistan (AGP) has said that records of Rs1.41 is missing from accounts of the Provincial Disaster Management Authority (PDMA).

The fund was provided to the PDMA to distribute it as compensation among the victims of militancy in seven tribal districts of the province. Moreover, the AGP report said, record of Rs592.22 million transferred by PDMA to Deputy Commissioners for floods and natural calamities’ victims is also missing.

According to the audit report, between 2018 and 2020, a total of 1,835 houses were declared completely destroyed and 578 as partially damaged in Khyber, Kurram, North Waziristan, South Waziristan and Orakzai by the Provincial Disaster Management Authority. The authority said,  it has distributed Rs821 million among the owners of these houses.

However, when the auditors asked for the identity card numbers of beneficiaries, the PDMA couldn’t provide such details. According to the report, there was also no record of Rs592.22mn transferred by the PDMA to the Deputy Commissioners for the compensation of losses due to floods and other natural calamities during monsoon rains.

On behalf of the Deputy Commissioners, the said fund has been distributed among the victims in the tribal districts. However, said the AGP report, the PDMA failed to provide details when auditors asked for during the audit of the funds.