The USAdoesn’t now how to get a deal again 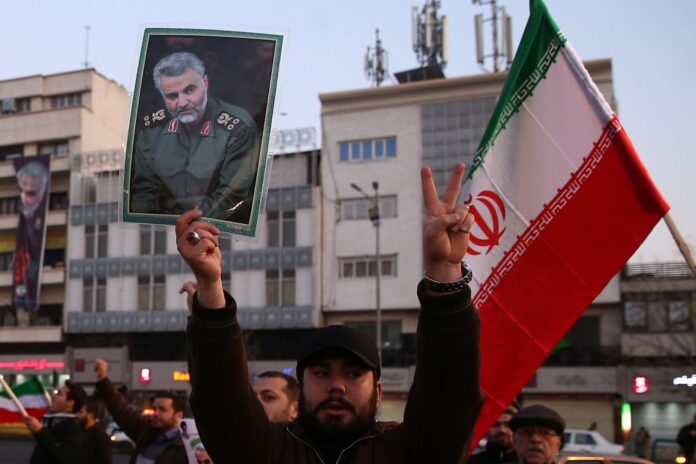 Two weeks ago, US Deputy Secretary of State Wendy Sherman demonstrated the Biden Administration’s magical thinking about Iran at the House of International Students. State Department spokesman Ned Price insisted last week that there was a deadline for talks, but failed to say whether it would be in one day or five years. Meanwhile, Iran’s nuclear programmt continues unceasing. Progressives and the State Department may dislike President Donald Trump for withdrawing from the 2015 Joint Comprehensive Plan of Action (JCPOA), but that’s wrong for three reasons: First, Iran is bound by the provisions of the Nuclear Non-Proliferation Treaty. The JCPOA did not free Iran of its legal obligations. Second, Iran’s enrichment did not increase when Trump withdrew from the JCPOA, but when the Biden Administration ended Secretary of State Mike Pompeo’s “maximum pressure” campaign. Here, the Foundation for Defense of Democracies’ timeline is definitive. Third, the JCPOA has not done what Presidents Obama and Biden said they would do. For Biden’s team, basing its strategy toward Iran on fantasy rather than reality could quickly lead to the worst: not just Iran acquiring nuclear weapons but a moment when Supreme Leader Ali Khamenei’s adviser Kamal Kharazi says that now it is a very dangerous situation. The question is not when, not if,  and an endless conflict that will destabilize the region.

Biden’s team may be obsessive about Iran’s nuclear programme. Biden probably won’t live to see the results. Special Envoy Robert Malley (an American lawyer, political scientist and specialist in conflict resolution, who was the lead negotiator on the 2015 deal) has never considered the Islamic Republic a threat. Through the lens of his moral equivalency, he believes that Iran has the right to possess nuclear weapons.

Washington believes that they should do as much as possible against Iran and South Lebanon (In 1982, Israel invaded Lebanon and during the conflict, according to Lebanese sources, between 15,000 and 20,000 people were killed, mostly civilians.) and imagines that others should just pick up the pieces. Unfortunately, this is the scenario to which Biden’s Iran policy is now leading

Deputy Secretary Sherman said “there is a very viable agreement and Iran just has to say, ‘yes’,”, explaining that internal politics are likely at play over who is truly the nation’s current supreme leader. She also believes privately that a failure in the Iran negotiations will be no worse than his failure with North Korea diplomacy.  However, she further said North Korea has not (yet) used its nuclear weapons. However, there is no threat for Israel, Saudi Arabia and other regional states from nuclear Iran but it is seriously unpleasant. If the regime collapses in just a day or two and unless popular forces take over Tehran, the theoretically assessed IRGC units that are guarding, commanding and controlling Iran’s nuclear arsenal may take power and launch an offensive to achieve their ideological goals before the end.

This situation is making regional states more fanatical about Iran’s nuclear programme than the White House.  Some scholars think Iran’s nuclear debacle will be another opportunity to avoid responsibility if they don’t take it seriously.  It may be an existential threat to the Jewish entity of Israel as well. Then it may be possible for Israel to attack Iran’s nuclear programme. But there is a question, why Israel was not against Iraq in 1981 but against Syria in 2007. I think that Iran is not against Iraq or Syria. While Iraq only had Osirak and Syria only Al-Kabar, Iran’s nuclear programme is spread across the country and includes more than a dozen targets. Moreover, Iran is larger and more remote than Syria or Iraq. Iran is about four times the size of Iraq and about nine times the size of Syria.

It may also be difficult to defuse Iran’s airfields, anti-aircraft missile batteries, and Iranian command and control centers to strike multiple targets because many of Iran’s nuclear sites are underground.  On the other hand Iran can likely retaliate against Israel with Hezbollah’s missile arsenal and with Houthi missiles and drones against Saudi Arabia and the United Arab Emirates. In short, this means that the decision to launch a military attack on Iran’s nuclear facilities requires not dozens of flights, but thousands of flights over several days.

The disadvantage of such a military strike, of course, is that it validates Iran’s rhetoric about its need for nuclear weapons. History saw that The Islamic Revolution was collapsing when Iraqi dictator Saddam Hussein invaded and allowed Ayatollah Ruhollah Khomeini to consolidate power. After all, the biggest drawback of a military strike doesn’t topple the regime and nuclear programme but delay. Between 2010 and 2012, four Iranian nuclear scientists, Masoud Alimohammadi, Majid Shahriari, Darioush Rezaeinejad and Mostafa Ahmadi Roshan, were assassinated, while another, Fereydoon Abbasi was wounded in an attempted murder. In November 2020, another scientist, Mohsen Fakhrizadeh, was assassinated.

Israel has neither confirmed nor denied its involvement, but Israeli defense minister Moshe Ya’alon said: “We will act in any way and are not willing to tolerate a nuclear-armed Iran.” Unfortunately, this is the scenario to which Biden’s Iran policy is now leading.

Washington believes that they should do as much as possible against Iran and South Lebanon (In 1982, Israel invaded Lebanon and during the conflict, according to Lebanese sources, between 15,000 and 20,000 people were killed, mostly civilians.) and imagines that others should just pick up the pieces. Unfortunately, this is the scenario to which Biden’s Iran policy is now leading.