CITY NOTES: A day to remember 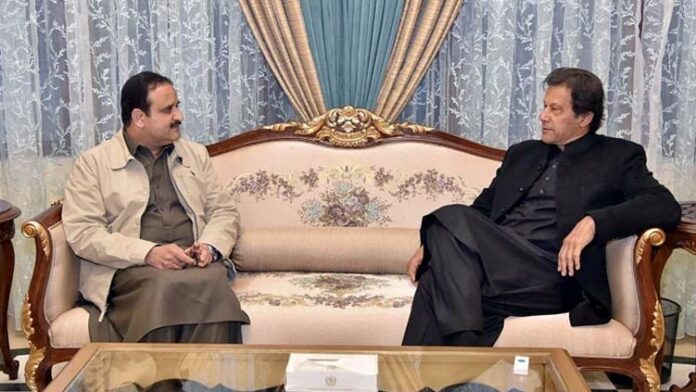 The conspiracy gainst Usman Buzdar has succeeded. Imran Khan was being a little sparing with the truth when he said that the conspiracy was meant to get him removed from office. That was merely a sort of distraction. The real purpose was to end one of the most successful periods in office of any Chief Minister.

Imran tried to foil the conspiracy by substituting Ch Parvez Elahi, but e would be the first to notice that, having many fine qualities as he does, Ch Parvez lacks two essential qualities which made him such a fine chief executive of the province. First, Ch Parvez has done nothing for the art of writing with his feet. Sardar Usman had more or less single-handedly revived this art, comparable to Imran’s own great contribution to human civilisation, the art of reverse spin. To this, I don’t know if Ch Parvez can oppose to either, even the art of balancing a pencil on his nose.

Another thing about Sardar Usman that Ch Pervez lacks is intellectual brilliance. The feasts of reason and flows of soul which happened wherever Imran came to Lahore, and whenever Buzdar went to Islamabad, were tremendous. To hear these two speculate on the implications of string theory for quantum physics, or discuss the ramifications of game theory when applied to macroeconomics, was an education in itself. Ch Parvez is no slouch, having attended FC College in his salad days, but he is also a typical Jat. Jats are a little suspicious about intellectual brilliance, even in themselves, let alone others.

Generally, Jats don’t rule in Punjab. I wonder if the break up of Indian Punjab, with Himachal Pradesh and Haryana hived off, was done because Jat rule was inevitable there. Here, we’ve had only Sardar Arif Nakai. Before that, we have to go all the way back to Maharaja Duleep Singh.  Once a Jat, Ch Charan Singh, did become Prime Minister of India, but he dissolved before getting a vote of confidence.

Still, neither Sardar Usman, nor his hero, have made the kind of plaintive speech that Riachard Nixon made in 1962, when he lost the California gubernatorial election, after losing the 1960 presidential election: “You won’t have any Nixon to kick around any more.” Nixon made a comeback, becoming President in 1968, but then he resigned in 1974, just ahead of the impeachment that loomed so certainly. Imran is not going to go quietly into the night. And nor will Buzdar.

Imran is a cricketer, so he won’t go. In cricket, only one Test has been ever conceded. Normally, even if the result is writ clear, the losing side bats on doggedly, and the winning team hasa to score those runs, or take those wickets. That has developed the trope of the ‘glorious draw’, when somehow, the predicted doesn’t happen, and the losing team manages to obtain a draw.

However, Sunday’s events showed that he worked for neutral umpires in his cricketingt days not because he wanted more fairness, but to make sure thnat all of those close catches and lbws he appealed for, werrenot turned down. Fast bowlers are not just big fit guys, but they also have a streak of aggression in them.

The motion of o-confidence claus in the Constitution has been shown to be just a useless decoration. If a PM loses his majority, he needn’t fear it. In fact, I don’t see why we need to have elections. Maybe the next step would be to find out how to circumvent death. Maybe Imran can still get the yout vote 1000 years from now. Well, not ote. In 3022, the 2018 election will look a long waY away

Anyway, April 3 will go down in history as the day Pakistan was saved. Imran made a big mistake by dissolving, for it was a violation of the mandate given to him, which was an expression of the gratitude the country felt for him after the 1992 World Cup.