Politics of PTI based on lies: Bilawal 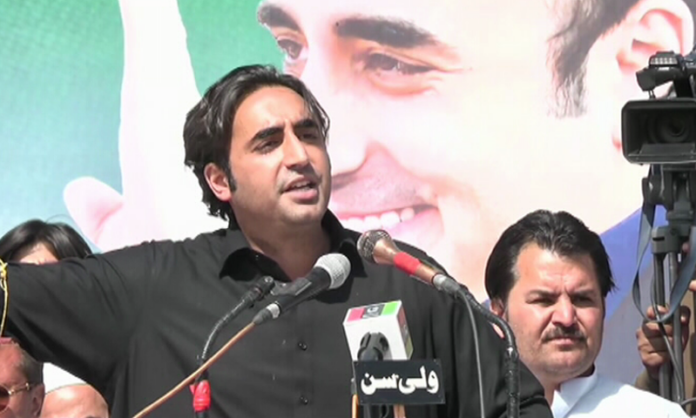 Addressing a public rally in Parachinar, Bilawal said that he does not recognise the selected government, which came into power through rigging from day one.

No one is willing to accept their mistake that these players do not know politics, he added.

The PPP chairman further said that when Imran Khan assumed the office of prime minister, he talked about Riyasat-e-Madina but in reality he insulted the Riyasat-e-Madina.

The Riyasat-e-Madina was founded on principles of good conduct but on the other hand, PTI’s politics is based on propaganda as every promised they made to the masses was a lie, he claimed.

Bilawal Bhutto said that the economic policies of the government resulted in inflation and unemployment and now poor masses of the country are drowning in the tsunami of price hikes. Imran Khan adopted economic policies that benefitted the rich and even the PTI government imposed tax on donations received for affectees of natural calamities, he added.

He said Prime Minister Imran Khan wanted state institutions to operate as his party’s Tiger Force. He made it clear that “we will not allow anyone to make our institutions controversial for one person.”

He went on to say that PM Imran’s efforts have been directed towards making the judiciary also work like his Tiger Force instead of operating in a neutral manner.

“Imran has been conspiring and making efforts to turn all institutions — be it the NAB (National Accountability Bureau), be it the ISI (Inter-Service Intelligence), be it our armed forces, be it our police — into his Tiger Force,” Bilawal alleged.