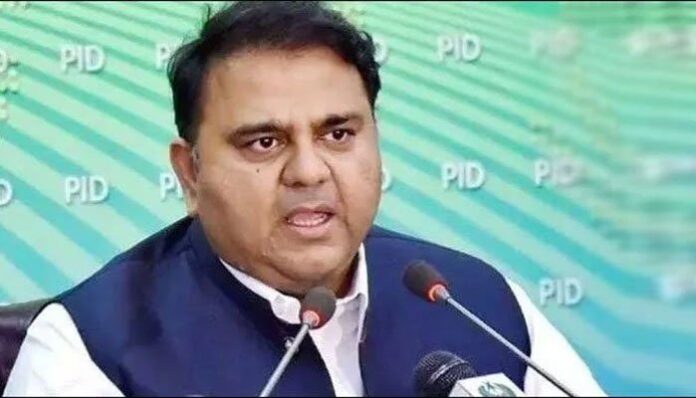 Minister for Information and Broadcasting Chaudhry Fawad Hussain on Saturday said that the Sharif family has not denied that former Gilgit-Baltistan Chief Justice Rana Shamim’s affidavit was signed in the office of Pakistan Muslim League-Nawaz (PML-N) supremo Nawaz Sharif on the latter’s instructions.

In a tweet, the minister said: “Rana Shamim and the solicitor recorded this affidavit in the office of Nawaz Sharif. All incidents appear to be an attempt at influencing the court.”

Earlier on Friday, Fawad had said that it is an important allegation and “I think the Sharif family should come forward and explain their position”.

Two days ago, the Islamabad High Court had indicted Shamim in a contempt of court case.

The court had initiated proceedings against Shamim and the media personnel after the affidavit was published in a newspaper that accused former chief justice of Pakistan Saqib Nisar of influencing the case against former premier Nawaz Sharif and his daughter Maryam Nawaz.

The former G-B judge had pleaded not guilty and said he would defend himself.