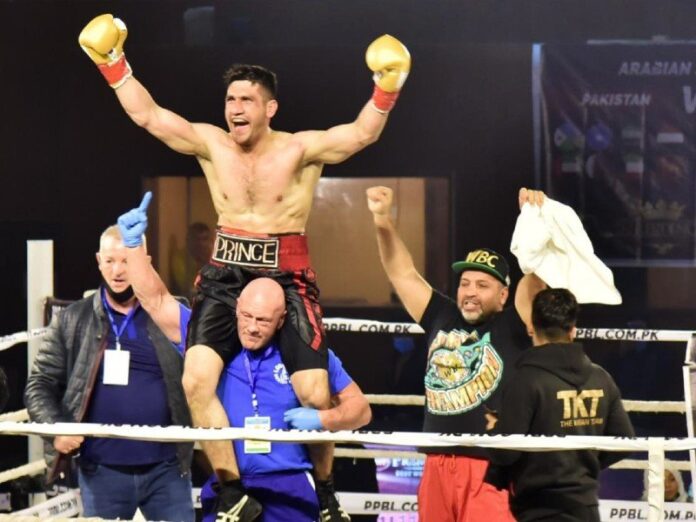 The match took place at Liaquat Gymnasium and lasted for five rounds. During the first four rounds, both boxers matched each other punch for punch, but the Pakistani boxer dealt the final blow to the Afghan rival, knocking him out in the fifth round.

After the victory, Muzaffar thanked the administration for organising the event and credited his coaches and fans for the triumph. Pakistan Professional Boxing League Chairman General (retd) Ahsanul Haq thanked the World Boxing Council for giving Pakistan the opportunity to organise the event.

He said the Pakistani youth have a real passion for boxing and wrestling. He also thanked the Inter-Services Public Relations (ISPR) for helping them in organising the event.