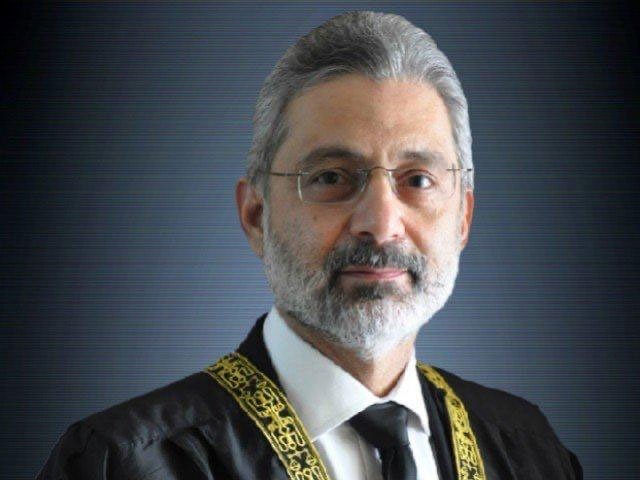 LAHORE: Supreme Court Judge Justice Qazi Faez has raised questions over the notion of ‘supremacy of law’ in the country, saying that the authorities concerned did not take any action against the individual who threatened his family last year.

He said this on Saturday while addressing the legal fraternity at two different seminars arranged by the Punjab Bar Council and Lahore High Court Bar Association.

Justice Isa said a first information report (FIR) was not registered against the man who threatened to “hang him in square” for five days despite his wife had informed the concerned quarters.

“It was a serious case but no one bothered,” he added.

He also dispelled the impression that he was a “symbol of independent judiciary” and “future of judiciary”, saying the titles given to him by the Supreme Court Bar Association (SCBA) President Ahsan Bhoon had nothing to do with reality and he did not deserve them.

The apex court judge also highlighted problems being faced by litigants saying there was a general perception that verdict in their cases will be announced “after decades”.

Judges and their staffers timely withdraw their salaries but the litigant bears the cost owing to the lawyer’s strikes, he added.

As Balochistan High Court chief justice, Isa said, he never let the lawyers to go on strikes and resolved their genuine problems amicably.

Justice Isa said only the supremacy of law can put the country on the path of progress and added that civil courts had been directed not to delay the case proceedings.

The superior court judge said the verdicts of the court as well as different laws should be published in Urdu language on official websites.

SCBA President Ahsan Bhoon said a culture of intolerance has developed across the country and added that negative opinion should not be supported against those judges who give their dissenting notes in decisions.

“People launch smear campaign and declare the judge’s association with different institution or against them after reading dissenting notes,” he lamented.