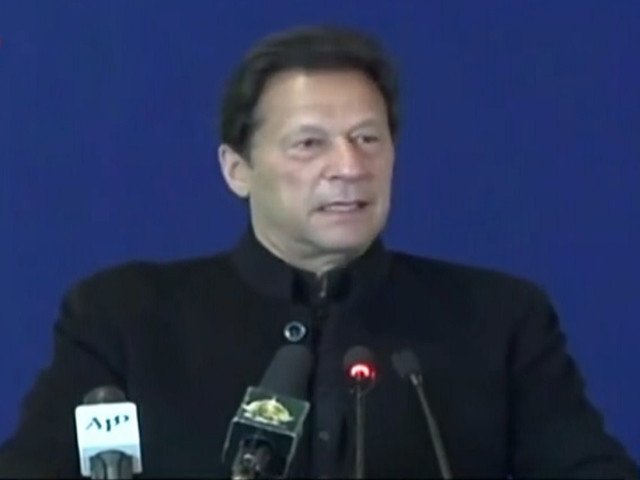 ISLAMABAD: Prime Minister Imran Khan Wednesday unveiled the new Small and Medium Enterprises (SMEs) policy, saying that the government would provide leases to businesses and promote export culture in the country under the new policy.

“The land is very expensive in our cities … the government would facilitate the businessmen by providing loans on low interest rates and land on lease,” said Imran Khan while addressing a ceremony organised here to launch new policy for Small and Medium Enterprises (SME) sector.

The policy lays a special focus on promoting business through facilitation in registration, streamlining of taxes, access to credit and provision of land.

The premier said that in the past, only wealthy traders used to get loans from banks but the government has changed the course and even the small traders can avail the facility.

“Action would be taken against those institutions that are creating hurdles [in setting up businesses],” he warned.

PM Imran said that despite having a population of 220 million people, the country’s exports were only $22 billion when the government took over.

“Singapore with a population of only five million has an export of over $300 billion… many smaller nations have surpassed us but the government has decided to encourage exports,” he added.

The prime minister said that the inspections from various institutions became a way for bribery, adding that in such a system a large organisation may survive but smaller businesses suffer the most and end up shutting down completely.

He said that Pakistan was growing at the fastest rate in this region at one point in time but due to the policies of different governments, we faced a downfall.

“When our president visited the US in the 1960s, the president of that country came to greet him… Malaysians and Indonesians came here to see what we’re doing right… our bureaucracy was considered one of the best in the world but due to political interference, it went downhill.”

PM Imran said that many Pakistanis make a large amount of money abroad but when they invest in Pakistan, they get into losses and end up moving back. “I have seen with my own eyes how people from here went to Manchester and how they made money there,” he added.

No lockdown despite 5th wave arrives

Imran Khan warned that another wave of coronavirus had gripped the country but reiterated his stance against lockdown, saying that his government will not shut down the economy.

The country reported about 5,472 new coronavirus cases in the last 24 hours, the highest since August last year. According to the National Command and Operation Center (NCOC), the Covid-19 positivity ratio had reached 9.48 per cent.

The NCOC – the nerve centre of the government’s anti-pandemic strategy – earlier in the day announced new restrictions in cities with an over 10% Covid-19 positivity ratio as the country battles the fifth wave of the deadly pandemic.

Talking about the achievements of his government, the prime minister said that Pakistan’s exports are at a record high, the tax collection is at an all-time high level too whereas the overseas Pakistanis have sent record remittances.

“Now we’re trying to automate things… we’re trying to make a strategy with NADRA so we can increase the tax net in the country… we’re a country with a population of 220 million but only 2.2 million pay taxes… a country cannot run this way.”

He said that investment worth Rs500 million came to Pakistan only via startups during the last few years. “There are many issues and we understand them but the government is committed to resolve them,” he added.

Talking about the challenges the country faced when the PTI came into power, the premier said that despite many challenges and hurdles the government has shown great progress.

“When we came into power, the government was going towards bankruptcy so we had to deal with that first… we rushed to friendly countries and China, UAE and Saudi Arabia helped us… when we saved the country from bankruptcy the coronavirus pandemic arrived which was a challenge not only for Pakistan but the entire world but due to the right policies, we managed to tackle that situation too,” he added.

He warned that another wave of coronavirus was coming into the country but added that the government will not shut down the economy.

PM Imran said that he understands that there was rising inflation in the country but added that the prices of commodities increased in the entire world. “But despite this, a record number of mobile phones, motorcycles and cars are being sold in the country.”

He further said that the policies of the government would soon yield results and many good things for the countrymen will come in near future.