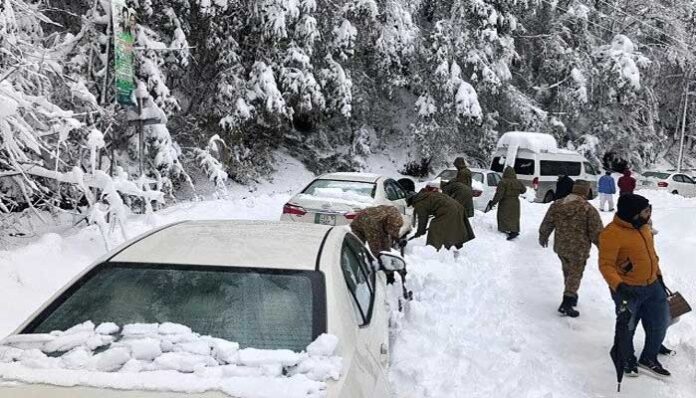 There was a lot of hand wringing and soul searching after the Murree tragedy, but you could see that two groups were clearly on the defensive. The first were the hotel owners of Murree. The second were supporters of the PTI. All I can say is that the second seemed better represented on the social media than the first.

However, there were a lot of ghouls out there. I mean, where else was one going to get videos about the various cars’ contents. Those who died were doubly unfortunate. Not only did they get subjected to a very painful death, but their dead bodies were scattered over the Internet by all the Francis Ford Coppola-wannabes who were in Murree, and who had a smartphone.

There are a lot of advantages to having placed camera, both still and video, in the hands of anyone with the price of a phone. But that doesn’t mean that a lot of poor photos haven’t been taken, or a lot of redundant videos shot. And a lot of these Murree videos fell in that category.

The residents of Murree must have been rendered defensive by all the bad publicity they were getting. Those hotels which had rented rooms for ridiculous sums had been sealed by the administration. What about the hotels which had charged Rs 500 per boiled egg? Not to mention those that charged extra for heaters. I’m sure the charges were prohibitive, but if one was ready to spring Rs 50,000 for one night, surely one wouldn’t mind the exorbitant sum 6f Rs 2000 an hour for a heater. True, you shouldn’t have a heater in your room. People have died that way, either because their bedding caught fire, or because the gas went off, and then came back on, but with no fire burning. There weren’t any casualties reported. Well, some consolation, though small enough.

But PTI supporters blamed the tragedy on the drivers, and refused to concede that there was any responsibility of the government. I’m not sure what is the fascination with snow. Rain is bad enough when it’s liquid, let alone the  need to wallow in it when it’s solid. If there wasn’t this mass hysteria about snow, I don ‘t think Murree would have become a tourist trap. PTI supporters are more worried about what went on in Islamabad, between Pervez Khattak and Imran Khan, at the parliamentary party meeting.

Frankly, if Pervez Khattak said even a tenth of the things he is supposed to have said, then there is no way he can continue to serve in any Cabinet headed by Imran Khan. And Imran cannot continue to tolerate him in the Cabinet. All of his dancing at dharnas went for nothing!

But that is if we had a normal parliamentary system of government. We have actually reverted to the 18th century system, where the King was a very important factor in the UK. Of course, now the President doesn’t play that role, but someone else does.

You see, the power of the King didn’t lie in his being King, but in commanding the loyalty of a certain number of MPs, whose support he could switch around when he wanted. In the 18th century, governments did not change because of electoral defeat. They always won elections; the King made it certain. In the middle of a Parliament’s tenure, his followers would switch their support, the old ministry would collapse and a new one would emerge..

And what happened when a King lost his majority? Well, then you had a civil war, and the King was beheaded. Of course, that wouldn’t happen here, would it? Well, I don’t know if that will remain relevant, say four months down the line. The way fertilizer has become unavailable, making usa have to import from China, may well mean we will have a massive flour crisis, as the crop fails. The Green Revolution was not just due to the high-yield Mexipak seed, but also the availability of urea fertiliser. We’re talking about a 10-to-1 ratio in yields.

That doesn’t mean a shortage. That means mass starvation. Those in the PTI who’re complaining now ain’t seen nothing yet.

LAHORE: The PML-N’s Punjab government has made a massive reshuffling in bureaucracy and transferred 34 top officials, including secretaries and commissioners. The Chief Minister's Spokesperson termed...
Read more
LAHORE