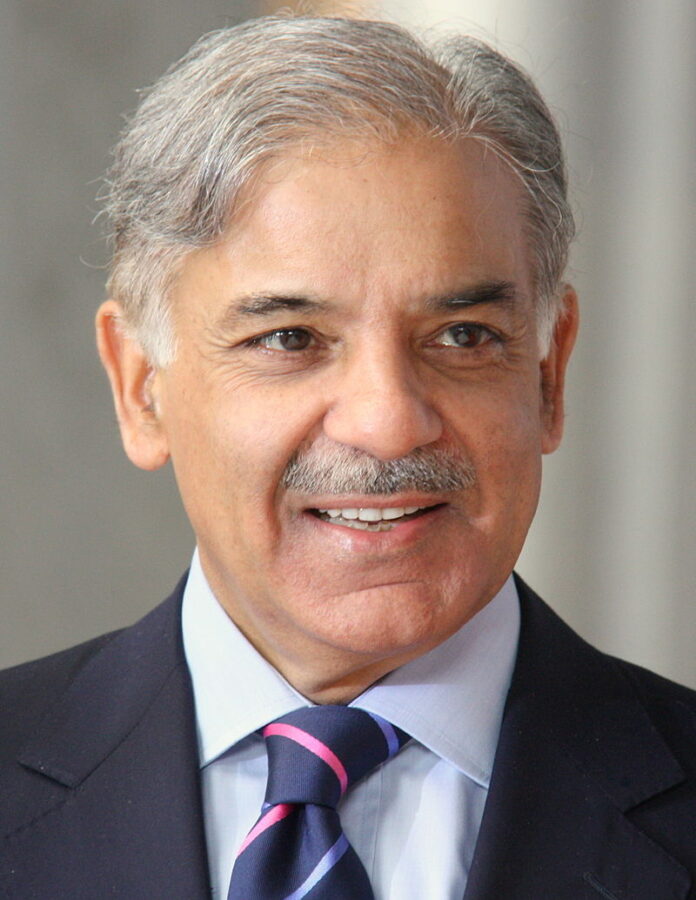 Leader of the Opposition in the National Assembly Shahbaz Sharif on Friday called for legal action against PM Imran Khan after an election commission’s report surfaced claiming that PTI hid millions of rupees worth of funds.

The PML-N president said in a statement shared by PML-N on Twitter that “a person who hides facts, steals, and lies, cannot hold constitutional, governmental or political office,”

After the report surfaced on Tuesday, the PTI claimed it is in the clear and has not hidden anything from the Election Commission of Pakistan (ECP).

Shahbaz further asked “if the law can apply to a popular leader like Nawaz Sharif, why not Imran Niazi?”

“If a Panama Papers JIT can be formed against Nawaz Sharif, and can be overseen by the honourable judges of the Supreme Court, then why can this not be done for Imran Niazi?” he further inquired.

The Opposition leader said that under the Constitution of Pakistan and its laws, “no thief can be a prime minister”.

“Imran Niazi, who has been proven a thief and a liar under the law, must resign,” he added.

Shahbaz further stated that the Constitution, law and political code of conduct dictates that PM Imran Khan step down from office. “The ECP’s scrutiny committee has said that Imran Niazi is neither honest nor trustworthy,” he added.

He said equal treatment under the Constitution and law is a fundamental tenet of Pakistan’s laws and one that must be fulfilled.

He said the country is operating “without a (real) prime minister”, and is being governed under a “constitutional and legal vaccuum”.

“[Pakistan has] no leader of the parliament,” he said, adding: “Under the law and Constitution, Imran Niazi cannot decide on the country’s affairs.”

“After the ECP scrutiny report, any decision that is made cannot be considered constitutional or legal,” Shahbaz said.

He further demanded that a probe be initiated against PM Imran Khan and his case be heard on a daily basis — like against former prime minister Nawaz Sharif.

“The ECP’s scrutiny committee has charged Imran Niazi and his party under the law,” he said.

He also called for all those named in ECP’s report to resign, and for legal action “without delay” against four PTI employees, as well all others involved in accepting foreign funding for the party.

The Opposition leader also demanded a review of the deal with the International Monetary Fund and the supplementary finance bill, termed by the Opposition as a “mini-budget”.

Shahbaz said he will “speak to the Opposition” regarding the “grave constitutional vaccuum” that the ECP’s findings have led to.

“All parties and workers that have faith in the Constitution and the law will have to play their part in bringing Pakistan out of this constitutional vaccum,” he said.

Shahbaz said that further investigations are needed into which other foreign entities donated to the party and that details of PTI’s international accounts must be brought to the fore.

“The people who accepted illegal funds from non-state actors and companies are a threat to the nuclear power that Pakistan is,” he said.

The Opposition leader said that had such revelations come to light in a western country, the prime minister there would have already resigned.

He said that the State Bank of Pakistan’s information to the ECP revealed that PTI had a total of 65 accounts.

A day earlier, PML-N Vice-President Maryam Nawaz lambasted the PTI-led government for receiving foreign funding and said PM Imran Khan will have to be answerable to the people for his “wrongdoing”.

Speaking during a press conference after a meeting of the PML-N in Lahore, Maryam said that PTI resorted to “misdeclaration” of funds “upon the directives of PM Imran Khan”.

Making a similar demand, Maryam said: “Just like a JIT (joint investigation team) was formed against former prime minister Nawaz Sharif, a similar JIT must be formed to probe PTI.”

“All accounts owned by the PTI must be publically declared,” she said.

However, on Wednesday, the day after the report came to the fore, PM Imran Khan welcomed it, and said that the process should not stop here, and the accounts of more parties must be scrutinised.

“The more our accounts are scrutinised, the more factual clarity will emerge for the nation to see how PTI is the only political party with a proper donor base premised on proper political fundraising,” the prime minister said.

The prime minister said he was looking forward to seeing similar ECP scrutiny reports on the funding of two other major political parties — PPP and PML-N.

“This will allow the nation to see the difference between proper [political] fundraising and extortion of money from crony capitalists and vested interests in exchange for favours at nation’s expense,” he said.

The scrutiny committee’s report lays bare the contradictions in details provided by the PTI to the ECP and actual figures.

According to data provided to the committee by the State Bank of Pakistan (SBP), PTI has 26 bank accounts.

It is pertinent to note that PTI failed to disclose details of three banks in the documentation provided to the ECP, it added.

It stated that around 1,414 companies in Pakistan, 47 foreign companies, and 119 potential companies provided funds to PTI.

PTI received $2.3448 million in funding from the US, but the scrutiny committee couldn’t obtain access to the party’s US bank accounts, the report said.

Of those to have contributed these funds were 4,755 Pakistanis, 41 non-Pakistanis, and 230 foreign companies.