Challenges for the US (Part 2)

America faces a fateful crossroad in 2022 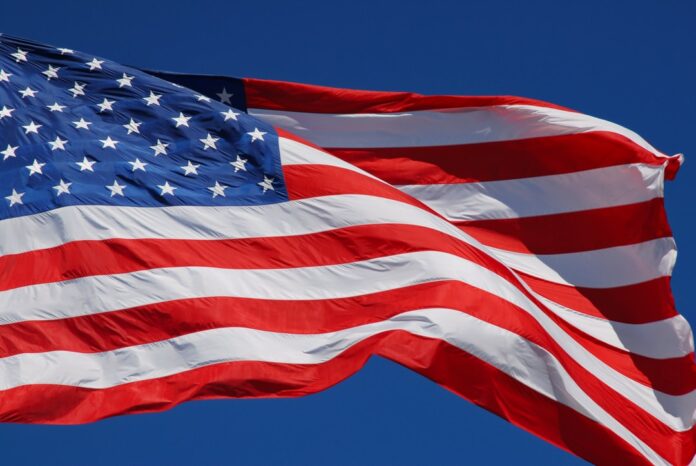 The scourge of guns
The scourge from which Americans suffer greatly is the pervasiveness of guns. This year upward of 40,000 Americans were killed by a firearm. Just imagine, as of 2018, Americans possess 120.5 firearms for every 100 residents—translate that to 400 million guns in the United States, enough to provide 8 firearms to every soldier in the world. Nearly five million children live in a home where a firearm is loaded and unlocked, and women are five times more likely to be murdered by an abusive partner when the abuser has access to a gun. But there is no outrage. We shout and scream about the need for gun control laws. Gun advocates and the NRA say cynically, guns don’t kill people. But guns do kill people when there is easy access to a gun.

How many more school shootings must we endure? How many innocent children must die in vain? When will we wake up from this nightmarish, uniquely American reality? Tragically, as many if not more people will be killed by a gun in 2022, and all of our best wishes for the new year will not save any lives. We must legislate gun control now, before another 40,000 innocent persons are shot to death. Their blood is on the hands of every lawmaker that refuses to support sensible gun control laws, as one more person killed by a gun is one too many. We must engage in massive and continuing peaceful demonstration and civil disobedience until lawmakers come to their senses and enact gun control law.

Racial and ethnic discrimination
The racial wage gap is the same as it was in the 1950s, with Black workers receiving 22 percent less in salary than whites. Even where racial discrimination should not occur, in medical treatment, doctors regularly prescribe fewer pain medications for Black patients, believing that they feel less pain than whites. Blacks are incarcerated at more than five times the rate of whites; while they are 13 percent of the total US population, they constitute 40 percent of the total male prison population. Roughly one out of every three Black boys and one of every six Latino boys born today will go to prison in his lifetime, while for white boys it is approximately one in seventeen. The average white family’s net worth is more than ten times greater than a Black family.

The pandemic has affected Americans disproportionately by race and ethnicity. American Indian, Alaska Native, Hispanic, and Latinos are 1.6 times more likely to contract COVID than white Americans and over twice as likely to die from the disease. And when it comes to the right to vote, leave it to the Republicans to enact any archaic rule or law to reduce the number of people of color exercising their right, as they deem them illegitimate voters in white America. This continuing and willful discrimination is destroying our social cohesiveness and the values that that we hold so high. Discrimination will not end in 2022, but we must begin to address this scourge, which fundamentally erodes the social fabric of our society.

Police continue to target journalists, such as freelance photojournalist Jeremy Portje, who was arrested and charged with two misdemeanors and a felony last month while documenting a homeless encampment in Sausalito, CA. At a Portland, OR protest, independent photojournalist Grace Morgan said she was shoved by a police officer with his gun.

Contempt for immigrants
This is a country of immigrants, who made America great—enriching our cultural diversity, contributing momentously to our scientific endeavors, and enhancing every walk of life. They farmed the land, built houses and roads, and made the land of plenty richer and better.

What happened under Trump’s tenure is beyond contempt—children separated from their parents, held in cages unfit for domestic animals, and asylum seekers removed by brutal force. All migrants are entitled to dignity and respect for their human rights. Though we all want to believe that Trump’s treatment of immigrants was an aberration, to this day we still do not have a sound immigration policy. Not when at least 650 immigrants died this year, attempting to cross the US-Mexico border. Not when smugglers are forcing immigrants from Mexico and Central America to live in camps and work on farms in the state, an illegal enterprise akin to modern-day slavery. Not when some died, and others were repeatedly raped. Sadly, what was once the spring of American pride, our treatment of immigrants became the source of disgrace and shame. As 2022 rolls around, no amount of wishful thinking will change this sad reality. We need a comprehensive immigration policy to bolster once again the pillars of America’s unique enterprise.

Media under attack
Although America still largely enjoys freedom of the press, the media is under serious threat. Trump’s attacks on the media were routine, calling them the “enemy of the people” and coining the phrase “Fake News,” as he viewed the media as a threat to his authoritarian design. Unregulated social media contributes significantly to the dissemination of misinformation and promotion of violence, and major news stations such as Fox News spread lies and conspiracy theories galore. Police continue to target journalists, such as freelance photojournalist Jeremy Portje, who was arrested and charged with two misdemeanors and a felony last month while documenting a homeless encampment in Sausalito, CA. At a Portland, OR protest, independent photojournalist Grace Morgan said she was shoved by a police officer with his gun.

Following last summer’s Black Lives Matter protests, where journalists were handcuffed, shoved, and shot at with less-lethal ammunition, at least 110 journalists were arrested or criminally charged in relation to their reporting. Around 300 journalists were assaulted in 2020, and there were more than 930 total incidents in 79 cities. Next year will not be a banner year for American journalists unless we use our own tools and fight with the might of our pens, allowing no one to tamper with our freedom to unveil the corrupt politicians who feel menaced by the press.

After all is said and done, my faith in America will never wane. The challenges in 2022 may well be insurmountable, but then again, we have overcome so many adversities before, and can do it again and emerge ever stronger, as long as we put America’s national interests above any political partisan agenda. America’s star will never fade away, and we will always rise to the call of the hour. This is the America that I know.

And so, with pride and a deep sense of gratification I wish a happy new year to all, and may God bless America.