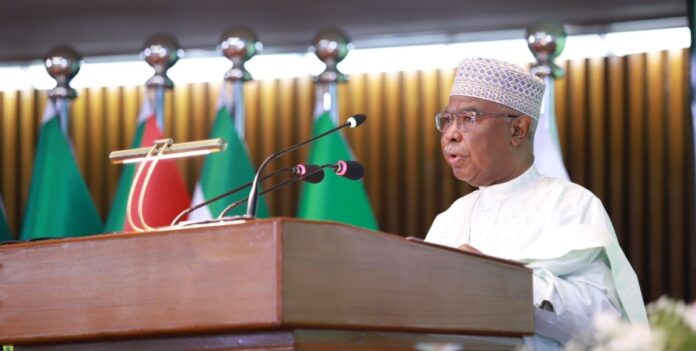 Organisation of Islamic Cooperation (OIC) Secretary-General Hissein Brahim Taha has said that the moot on Afghanistan, held in Islamabad on Sunday, was “very successful” and praised the people and government of Pakistan for their hospitality.

Talking to the media person in the federal capital before his departure on Monday, he said the meeting was a success as the OIC managed to set up a humanitarian fund to support Afghanistan, besides appointing Tarig Ali Bakheet as a special envoy to Afghanistan, who will coordinate with international and Afghan stakeholders to avert the looming disaster in Kabul.

Bakheet made his first contact with the Afghan delegation yesterday, he said and expressed hope that the whole world will play a role in providing funds for humanitarian assistance in Afghanistan.

Speaking on the occasion, Minister of State for Information and Broadcasting Farrukh Habib said that the OIC meeting would yield positive results. He thanked the OIC chief for coming to Pakistan and attending the meeting.

He expressed hope that the nominated special envoy to Afghanistan will implement the decisions made at the meeting and play an active role in provision of assistance to the Afghan people.

May 27, 2022
As children grow older, they undergo both physical and mental changes, which impact their overall development. Physical changes include weight and height while mental...