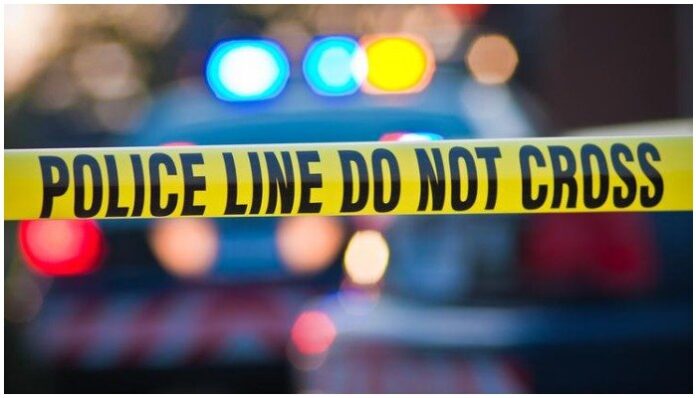 A woman in Karachi allegedly killed a 65-year-old man before being chopped in to pieces in Karachi’s Saddar area, on Friday.

According to the police, the woman was allegedly co-habiting with him for the past several years.

Police Station House Officer (SHO) Sajjad Khan revealed that the officials were informed about the murder at 3am on Friday through the 15 helpline, and rushed to Ilaco House in State Life Building No. 5 off Abdullah Haroon Road.

“His head and hands were lying separate from the body in a nearby box,” the police official said, adding that a 40-year-old woman was sleeping in another room in the apartment. She appeared to be intoxicated, the SHO said.

The officer said police found the man’s body, lying on the floor over a pile of old clothes, in the apartment.

According to statments given by witnesses and neighbors to the police revealed that the victim and suspect were in a live-in relationship, but the woman kept on insisting that she was his wife.

The SHO revealed that “according to neighbours, the two usually quarreled with each other over domestic issues, such as finances for various expenditures”

Soon after the incident, officials called the victim’s son and other relatives to complete legal formalities.

The police further revealed that it had collected evidence from the scene and the woman had been taken into custody, while the body has been shifted to Jinnah Post-Graduate Medical Centre (JPMC) for postmortem.

Later, a first information report (FIR) was registered against the suspect under Section 302 (premeditated murder) of the Pakistan Penal Code, on the complaint of the victim’s son.

Dr Syed said that the female suspect had also been brought to the hospital for a medical examination. “She appeared to be intoxicated and was very aggressive,” Dr Syed said, adding that she told doctors she had taken ice, also known as crystal meth.

SHO Khan revealed that the deceased was a father of eight children, all of whom lived in an apartment near Atrium Mall in Saddar. He said the man’s family told police that the woman had been living with their father for the last six to seven years and they were not aware of the exact relationship between them.

While revealing the details of the murder, she said that his head was smashed open with a hammer or a similarly hard and blunt instrument as brain matter was visible and there were three fractures on the skull, while adding that the victim’s head had been separated from his body and both his hands had also been cut off, while there were multiple other injuries on his body.

As per the initial assessment, it appeared that the victim was first killed using a hard and blunt instrument and was later hacked to pieces using a sharp-edged instrument or knife.

According to police officials, it was confirm that the woman was involved in the brutal killing of the man, and the motive appeared to be frequent quarrels between them over domestic issues.