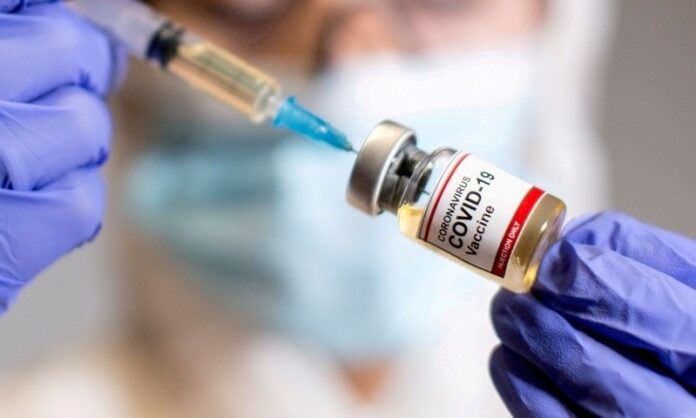 The National Command and Operations Centre (NCOC) on Friday announced initiating a special vaccination campaign for the transportation sector which will be administered nationwide.

The vaccine is being administered by all federating units under a joint campaign from December 8 to 18, as per NCOC’s statement.

Inspections will be conducted at entrances and exits of bus stops, toll plazas and interchanges, and all types of public and private intercity and intra-city transport will be checked, while inspection teams would be deployed on motorways, national highways and inter-provincial boundaries.

As per the NCOC, a total of 3,793 inspections were completed on December 8 alone and 46 vehicles impounded and eight people arrested.

It is pertinent to note that the NCOC stressed that only vaccinated individuals, or those with medical exceptions, will be permitted to travel.

Non-vaccinated transport staff and passengers will be inoculated on the spot via mobile vaccination teams.

Earlier on Thursday, the first “suspected” case of the Omicron variant of Covid-19 in Pakistan has been reported in Karachi.

The variant was detected in an unvaccinated woman who was admitted for treatment at Aga Khan University Hospital (AKUH), Mehar Khursheed, media coordinator at the department said.

“We are awaiting the results of the final (genome sequencing) confirmatory test, which will take a few days. We have reported the suspected patient to the health department for their action. The patient did well and has been discharged,” the AKUH spokesperson Anam Haleem said in the statement.

A notification from the District Health Office (DHO) in Karachi East said the 65-year-old has been discharged from the facility, however, and is currently isolated at home.

The patient had travelled abroad, an official told Reuters without giving any details of the location, but added that contact tracing was underway.

The notification said a rapid response team was “taken on board immediately” to trace, test, quarantine and vaccinate to control the variant’s spread in line with the guidelines issued by the National Command and Operation Centre (NCOC).

Two of the woman’s contacts, who also tested positive for the coronavirus but do not have the Omicron variant, are also admitted to the hospital, the notification added.

Sindh Health Minister Dr Azra Fazal Pechuho stated that “Omicron is very transmissible but deaths or serious [conditions] have not been seen in recent reports coming from South Africa (where the variant was first detected). There is no cause for concern. We are conducting a genomic study which will take one or two weeks.”

It would be confirmed whether the woman was infected with the Omicron variant once the study was completed, she added.

“The virus also spreads because people are not vaccinated. This woman was not vaccinated either. I am appealing to you to get the second dose and if you are fully vaccinated, get the booster dose. It can protect you,” she stressed.

The National Institute of Health (NIH) in Islamabad said the sample of the coronavirus patient was “not yet confirmed to be Omicron via whole-genome sequencing” which would be performed after the NIH received the sample.