Pakistan can no longer languish in the dungeons of darkness. It must not 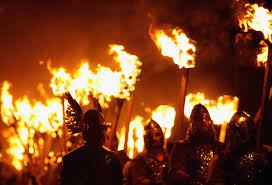 “The further the spiritual evolution of mankind advances, the more certain it seems to me that the path to genuine religiosity does not lie through the fear of life, and the fear of death, and blind faith, but through striving after rational knowledge.” –Albert Einstein

The lynching and burning of a Sri Lankan employee, Priyantha Diyawardana, at a factory in Sialkot after being accused of having committed blasphemy is heinous and barbarous beyond description. The heads of the entire nation should be bowed in shame that, in this age and time, we resort to such shameful display of religious bigotry and intolerance, not even shying away from taking human life, and in such a savage manner.

What is even more disturbing is the rabid sloganeering that preceded and followed the wicked and monstrous murder. There was one who proudly claimed that he had done it and he would do it again if the occasion would arise.

Understandably, the matter concerned the Sri Lankan man having tried to remove the posters of Tehrik-e-Labaik, Pakistan (TLP) from the walls of the factory. This infuriated the workers and they, without a shred of logic, pounced upon the person, lynched him and put his dead body to fire. Detestable and gruesome that the act is, it has its roots in the way the state has behaved in the face of mounting provocations by these monstrous merchants of religion, most of whom don’t even understand what they are talking about and whether such acts are even allowed in the religion they are killing in the name of.

The state’s espousal of religiosity dates back many seasons. But, unfortunately, with the passage of time, and under regressive influences of those, both democrats and dictators, who were anointed to rule, it has continued to worsen so much so that it is virtually uncontrollable now. It is a scary moment for the state when it cannot exercise its writ and authority to curb violent agitation in the name of religion and is, instead, forced to concede on strategic points which, one realises, would come home to roost.

Violent agitation is a favourite mode of protest by TLP. It is because of this that the state had proscribed it and arrested its top leadership. Only recently, its workers came out on the streets and resorted to violence demanding that their leadership should be released. After prolonged negotiations, the state wilted under pressure and, in exchange for TLP renouncing violence, its leadership was released and it was allowed to operate as a political party. This is not the first time the state showed signs of weakness in dealing with violent protests inspired by religiosity, and would possibly not be the last time either. But the impact it is likely to generate for the flow of political activity in the country will be monumental. The Sialkot incident is just a small example of the kind of violence which these ignoble merchants of religion are ever ready to unleash at random.

The state has dithered for too long in dealing effectively with these violent organisations. In the meanwhile, outfits like the TLP have continued to flourish through generating traction with uneducated, unenlightened and indoctrinated people, most of whom are the product of the regressive seminaries which abound in the country and which, in spite of countless vociferous proclamations, the state has still not been able to regulate properly. They operate with wild abandon, disseminating their coarse and inhuman brand of religion which is neither found in the Quran, nor in the teachings of Islam. And there is no check on them from anywhere within the state apparatus, thus spurring them on to further augment the causticity of their messages as well as the violence in their preaching.

Dealing with this mindset is the most grievous and the most daunting of all the challenges that Pakistan is beset with. It is also a challenge that must be addressed urgently. The state cannot be forfeited to the degenerate fangs of hate mongers. They have done enough damage. They have sucked enough blood. They have to be dealt with immediately. There may be no easy way to do so, but states come of age when they take on the tough challenges with strength of will and reservoirs of determination. There should be no ceding of legitimacy to these violence-seeking organisations. They don’t deserve it. They will not get it in any civilised society and any democratic order.

The criminal use of religion as a means for gaining political relevance is not confined to the TLP alone. There are many other similar outfits which have exploited religion as a conduit for escaping the clutches of law and accountability. They ignite violence and disorder. I have always taken a position against religious parties gaining political credentials. Religion and politics are separate, and they should remain separate. If the state is to free itself of the clutches of regression, it will have to take that course. There are no shortcuts here. A firm belief coupled with courage makes the right combination to get on course.

The task is not easy. It is difficult, and may get more difficult when it is initiated. But, if left undone, we shall continue sinking deeper into this morass. We have delayed it far too long which is why it has become so gruesome. These monsters cannot be convinced through logic and rationale. The state, having shown weakness in dealing with them, has emboldened them further. They now believe they can continue using the product of religion to scare the state into submission. Their lifeline is the gross misuse of religion to hoodwink people into following them. This lifeline should be terminated.

Among the key responsibilities of the state, a major one is to educate and enlighten its people so that they can distinguish between right and wrong. Unfortunately, through decades of ill-governance, there was virtually nothing invested in this sector, and there was a crooked reason for that. The leaders thought that if people would be educated, they would be able to decipher their reality and see how wicked they were and how remorselessly they had plundered the state resources which were meant to be invested in people’s welfare. That is why people were kept uneducated so that they would be easily exploited and controlled.

Time has come for that to change, and this must begin by denying these vile merchants the opportunity of using religion to spread their regressive message. They must be accountable before law just like other citizens of the state are. They must be denied the license to spread violence and hatred. They must be regulated just like other institutions and organisations are. They should not be an exception. They should not be allowed to operate within a violent space they have created which is where the germs of violence are bred. That space should be denied to them.

The Prime Minister has come out strongly against the horrific attack and called it a “day of shame for Pakistan”. He has also vowed that “all those responsible will be punished with full severity of the law”. I must add that there is no option. The state has been cornered by these merchants of religion. It has to step out to assert itself – and do so strongly. Cosmetic procedures will not do any longer. The evil has to be plucked from its roots and buried deep under.

Pakistan deserves to breathe. Islam cannot remain entangled in the vile tentacles of decrepit and fossilised mindsets, forever wedded to antiquity. It should, instead, be led by enlightened and progressive scholars with their sights on the future. Pakistan deserves to find its moorings in the annals of the civilised societies. It can no longer afford to languish in the dungeons of darkness. It must not.