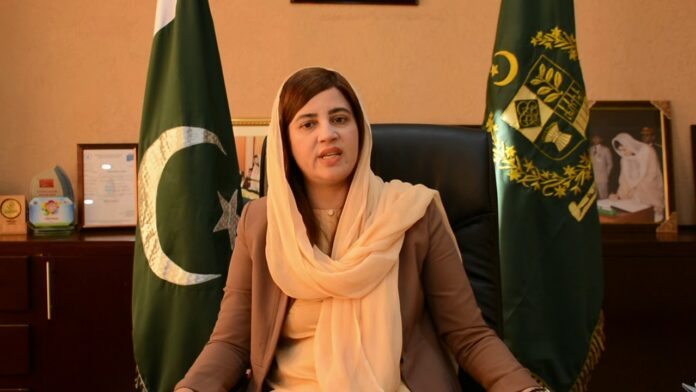 ISLAMABAD: Minister of State for Climate Change Zartaj Gul said that concerted efforts are needed to counter the adverse impacts of climate change and impending disaster of environmental degradation.

Despite contributing to less than one percent of global greenhouse gases emissions, Pakistan has been facing harmful impacts of climate change, Gul said while addressing a seminar on climate change at COMSATS University Islamabad.

The government has been taking practical steps to conserve the environment and mitigate climate change effects, she said.

Pakistan is suffering from a variety of natural calamities including drought, urban flooding, heatwave and glacier melting due to climate change, causing food insecurity, human loss as well as severe negative impact on the country’s national economy, she said.

The government has launched a number of initiatives including the 10 Billion Tree Tsunami program, Clean Green Pakistan, the establishment of national parks and the restoration of wetlands and wildlife to protect the environment and counter climate change, the official said.

Gul also stressed the use of advanced technology in monitoring environmental shifts and predicting future changes to cope with emerging challenges of climate change.