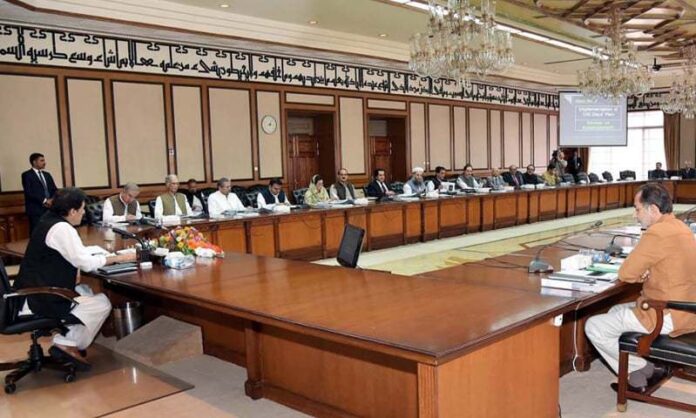 ISLAMABAD: The federal cabinet on Saturday approved an agreement, allowing the government to buy oil on deferred payments from the Kingdom of Saudi Arabia.

According to reports, the cabinet gave its approval through a summary circulation.

As per the agreement, the Saudi government would provide oil worth $100 million every month to the government of Pakistan on deferred payments.

The economic division had dispatched the circulation summary to the cabinet.

Saudi Crown Prince Mohammed bin Salman had agreed to provide oil to Pakistan on deferred payments during Prime Minister Imran Khan’s visit to the kingdom. The crown prince had vowed to provide oil on delayed payment for one year.

The government of Pakistan will have to pay a margin of 3.80 percent along with the principal amount at the time payment.

According to the agreement, the contract is for one year but the period could be enhanced.

The economic division had sent the summary to the federal cabinet for approval after the Ministry of Finance, SBP, and FBR had agreed to the draft of the Pak-Saudi contract.

According to a news outlet, the cabinet also approved a summary regarding an agreement to revive Saudi Arabia’s $3 billion support package for Pakistan in safe deposits.

The summary stated that the one-year agreement would carry an annual profit rate of four per cent.

The summary drafted by the Finance Division noted that the prime minister, “in view of the urgency to relieve the current pressures on the exchange rate,” approved the placement of the draft of the deposit agreement between the two countries, vetted and cleared by the Ministry of Law as well as as the Office of the Attorney General for Pakistan, before the cabinet.