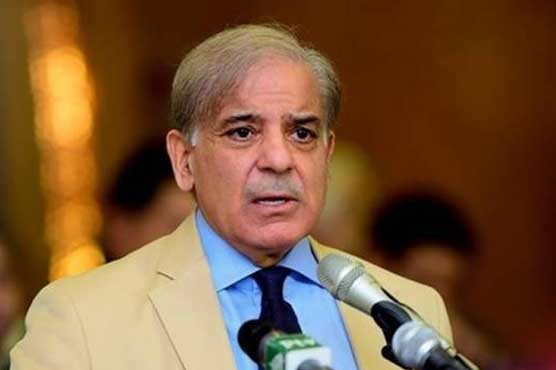 Shehbaz, in his statement, said that the gas crisis in the country is due to Prime Minister Imran Khan’s mismanagement and corruption.

He said that the people standing in queues at petrol pumps are remembering old Pakistan today, adding that the insensitivity of tyrannical rulers is salt on the wounds of the poor and the entire country has been engulfed by the smog of inefficiency.

He further said that inefficiency, corruption and inflation engulfed the country in last three years and his heart cries as he sees the nation in long queues for petrol, flour, sugar and essential commodities.

Shehbaz said that a new bomb of 400 percent increase in the price of gas is going to fall on the nation from January 1.

Domestic and commercial consumers will get gas by paying an additional Rs 1,400 to Rs 1,700 per MMBTU from next month.

Sugar crisis after gas is also bothering the nation. Sugar prices have gone up to 150.

On the other hand, PML-N spokesperson Mariam Aurangzeb tweeted on the social networking website that PML-N supremo Nawaz Sharif ended load shedding, whereas, Imran Khan put the nation back in queues by giving false hopes.

Instructor pilot Qazi Ajmal's body has been found three days after his gyrocopter crashed in the Awaran area of Balochistan on Sunday. It is pertinent...
Read more
NATIONAL

KARACHI: Federal Minister for Information Technology and Telecommunication Syed Amin-ul-Haque has said the National Artificial Intelligence Policy will be introduced by the government soon. He...
Read more
NATIONAL

ISLAMABAD: Prime Minister Imran Khan lauding the bravery and courage of Malik Adnan who endangering his own life made all out efforts to save...
Read more
- Advertisment -

December 5, 2021
BEIJING: Chinese President Xi Jinping on Sunday said China's determination to support multilateralism will not change, in a speech delivered via video at the...