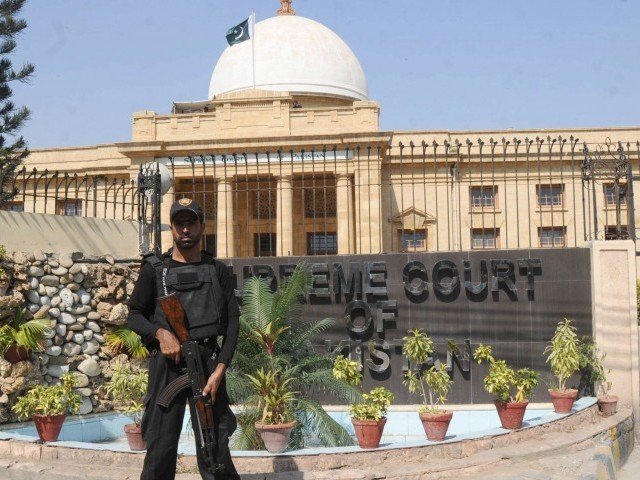 ISLAMABAD: The Supreme Court of Pakistan (SCP) on Thursday raised questions over the performance of the National Accountability Bureau (NAB) and took the anti-graft body to task for pending hundreds of cases for a decade.

A three-judge bench of the apex court, headed by Chief Justice of Pakistan Gulzar Ahmad and comprising of Justice Ijazul Ahsan and Justice Qazi Muhammad Amin Ahmad, heard a case relating to illegal occupation of the public welfare plots of Al Habib Cooperative Housing Society at Karachi Registry on Thursday.

CJP Gulzar Ahmad took exception to the performance of the anti-corruption watchdog, lamenting it is not making any progress in pursuing cases, some of which had been pending for even 10 years.

“It seems that the NAB is conniving with the accused,” the CJP added.

The court asked the bureau chief to submit a report in this regard. It also ordered him to launch an inquiry against investigation officer Ausaf.

Justice Ijazul Ahsan said that the NAB and Federal Investigation Agency are two important pillars of the state. He remarked that it is a total collapse. He lamented that the IO neither has any knowledge nor does he have any interest.

Justice Amin remarked that the IO is totally ignorant about who got the bail.

The CJP admonished the registrar of the society. He asked him why he didn’t cancel the allotment of plots reserved for parks and mosques.

Justice Ahsan lamented that plots of mosques and schools have been sold out.

The chief justice asked the NAB why it is not arresting the culprits.

The NAB prosecutor replied that four people have got interim bails.

The CJP remarked that the matter of 32 plots has been lingering for a decade but the government does not care.

The registrar of the housing society told the court that cancellation of plots does not come under his domain.

On this, Justice Gulzar inquired then who would do this. He said he wants to know how the society allotted 32 plots by shelving a park.

The NAB prosecutor replied that the SBCA is authorized to cancel the plots.

The court directed the authorities to take action against the accused. It also issued show-cause notices to the accused.

The hearing of the case was adjourned till Friday.