The mafias and their wickedness

With the worst well-nigh over, the future holds unprecedented promise for Pakistan 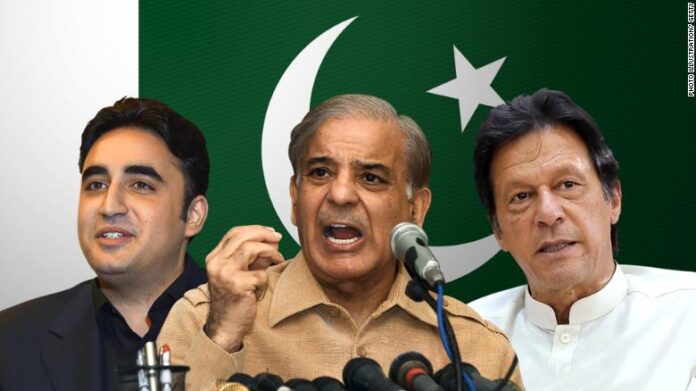 “Democracy is not simply a licence to indulge individual whims and proclivities. It is also holding oneself accountable to some reasonable degree for the conditions of peace and chaos that impact the lives of those who inhabit one’s extended community.”

Elections, fair elections, are a key constituent of sustainable democracy without which the very concept of espousing it as a preferred system of governance becomes an extensively debatable subject.

The history of elections in Pakistan has, at best, been a chequered one. It is believed that the only time fair elections were held and results endorsed by all contesting parties were in 1970 which actually led to the dismemberment of the country itself. Otherwise, every election result has been contested by the losing political parties, often violently. But the manner in which the 2018 election has been assaulted in accordance with a sinister and pre-planned manner has no precedence. This may even be dangerous for the cause of the democratic system catching roots in the country and the acrimonious divisions it may generate.

It has been a Herculean struggle against well dug-out mafias. The worst is well-nigh over. The deadly mafias have become vulnerable and the system is in the process of being cleansed of the ailments of a harrowing past. The future holds promise for the state and its beleaguered people who have long suffered the excesses perpetrated by these corrupt family fiefdoms. Their hold has weakened considerably and, with the passage of time, it will whittle away completely. It is then that Pakistan would be able to breathe again and begin its upward journey to realise internal cohesion and establish itself as a substantive player on the international stage.

There is little dispute that elections in Pakistan have been manipulated in multiple ways – not by one political party or the other, but by everyone who got an opportunity to do so. The PML(N) and the PPP have been notorious in this realm with the former operative mostly in Punjab and the latter employing the trick to win in interior Sindh. Between the two of them, there was this stated and unstated contract that they would not disturb the status-quo and would take their turns at the centre to do their bidding which often jolted the foundations of the state. After the General Musharraf era, this turned into a horrendous nightmare as one could see the state wilting on both the strategic and economic fronts.

The reason why Imran Khan’s victory was made controversial is because he was construed as a threat by all the status-quo parties to their continuing hegemony in the political domain. He brought a whiff of fresh air which aimed at changing the grassroots reality of Pakistan’s politics and introduced the essentials of transparency and accountability to take the country forward. His commitment was to the state and the need to make it stronger in preference to individuals taking precedence to fill up their coffers.

This spelt doom for these corrupt and fossilised minds and their attenuations both within their political parties and sundry individuals who acted as bootleggers in exchange for their pound of flesh. These soul-sellers have a tradition of making themselves indispensable for the promotion of demeaning corrupt practices. They reside in all administrative domains including the bureaucracy and the state institutions which were fraudulently staffed with people of lowly character and integrity so that they could be easily manipulated to advance the self-serving interests of the leaders. In the process, the governance structure was infested with blood-sucking worms which constantly nibbled at the state to render it weak and vulnerable.

The accusation that the so-called major parties and leaders hurled at Imran Khan is that he was brought in by the powers that be (read military). The reality is the other way round. Where did Nawaz Sharif come from? Who was he in the late 1970s and early 1980s? Did he have any place of relevance in the political context? Who made him the F inance Minister of Punjab and later the Chief Minister of the province? He did not ascend the citadels of power by winning elections. He was nurtured and patronised to all those positions by the forces which he is now subjecting to unsubstantiated accusations and abuse. These were the very forces which he eulogised when he was the recipient of their favours.

Where has the PPP come from? Where did Bhutto start his political career? He remained a minister first in Iskandar Mirza’s and later in Ayub Khan’s cabinets for well over eight years. He was also the vice president of the country in General Yahya Khan’s cabinet and the principal architect of the break-up of the country. His demeaning letter to sing praises of Iskandar Mirza is a classic example of how much he would degrade himself to win favours of his leaders. The massive loot and plunder perpetrated under the tutelage of the Benazir/Zardari clan can only be matched by their one-time political partners– the Sharif clan. Between the two of them, the state was rendered irrelevant. Only they and their crony interests mattered which were always accomplished at the cost of the state and its impoverished people.

The story of the religious-cum-political parties is even more ignominious. They opposed the creation of Pakistan and called the Quaid a kafir. They did their best to frustrate the dream of Pakistan. Faced with the unbending resolve and single-minded devotion of the Quaid, they did not succeed in their nefarious designs. As a back-up strategy, they quickly espoused the new state and wrapped it in the colours of religiosity which did it incalculable damage through the succeeding years. It is a phenomenon which the state is still fighting to undo. In the process, they also served dictatorships and partook of the loot of the political oligarchs they became partners with, be they Bhutto/Zardaris or Sharifs. Their only interest was to sneak a place in the corridors of power so that they could unleash their plan to defraud the state of its foundational principles enunciated by the Quaid in his August 11 speech before the Constituent Assembly.

This loot spree continued relentlessly during the tenures in power of these mafias. It was only fractured by Imran Khan’s entry into politics. So powerful was the hold that these bands of corrupt tricksters had established over the functionality of the state that he was made to survive in the wilderness for over two decades. But this did not deter him. In fact, it further strengthened his resolve to secure Pakistan from their poisonous tentacles and help it to realise the full potential of its creation. His ultimate victory margin did not quite live up to the pre-election promise which can only be attributed to the use of manipulative tactics by this coterie of corrupt politicians and their cronies anointed at positions of power through their stranglehold on the power apparatus of the country spread over more than three decades.

When these traditional political mafias realised that their interests were jeopardised, they unified to wage a battle against him and seek his ouster. They coined crooked fabrications including the role of the establishment in hoisting him in power. In the process they forgot that it was his message for establishing the supremacy of Pakistan that resonated with people across the country who thronged to support him through a series of unprecedented public gatherings– a support that has continued after the elections in spite of the economically devastated country that he inherited and the deadly effects of the pandemic.

With a prolonged history of chequered elections in the country, Imran Khan set out to introduce technology to eliminate the prospect of manipulation. Having been accustomed to always winning by using foul methods and mechanisms, this prospect was anathema to these mafias. So, they tried to wage a battle in opposing the move. But, yet again, they miscalculated the resolve and determination of the person they were pitted against who is charged with unmatched confidence in his cause to rid the country of all ailments which are the product of decades of abominable misrule. He successfully saw the critical amendments through a joint session of Parliament which will facilitate the holding of the next elections by using technology vide EVMs and also granted the long-delayed right of vote to the Pakistani expatriate community. In a further jolt to the much-trumpeted opposition majority in the Senate, the government successfully piloted four key bills through the Upper House.

It has been a Herculean struggle against well dug-out mafias. The worst is well-nigh over. The deadly mafias have become vulnerable and the system is in the process of being cleansed of the ailments of a harrowing past. The future holds promise for the state and its beleaguered people who have long suffered the excesses perpetrated by these corrupt family fiefdoms. Their hold has weakened considerably and, with the passage of time, it will whittle away completely. It is then that Pakistan would be able to breathe again and begin its upward journey to realise internal cohesion and establish itself as a substantive player on the international stage.