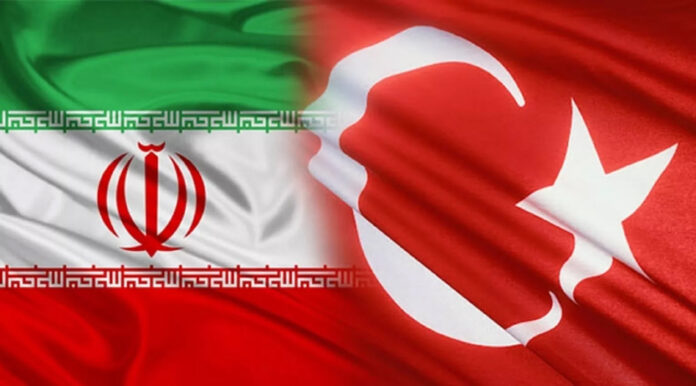 Relations between Iran and Turkey gor from cold to warm amd back from time to time, even tracing back to Ottoman Empire and Iran’s Safavi period. They inherited a certain sense of rivalry but after the Safavis lost authority, the balance of regional importance tilted towards Turkey.

Today’s Turkey is much more stronger militarily, economically, and socially and is far ahead of any country within its proximity.

On November 15, Turkish Foreign Minister Mevlut Cavusoglu along with his counterpart Hossein Amirabdollahian at a news conference in Tehran said that Iran and Turkey will continue high-level diplomatic talks to draft a “long-term cooperation road map.

Foreign Affairs experts in Eastern Europe believe that the reason behind this Cooperation Road Map has more regional relevance than national.

The Turkish initiative to involve Iran practically as an ally in the region is a lifetime opportunity for Iran. Iran must take advantage of any road or road map because the prosperity of the entire region is dependent on all stakeholders and all would be beneficiaries from trade activities. Iran already has a strategic economic pact with China so several opportunities are at the doorsteps of Iran. Putting the dream of being in the lead role in the region aside and being a partner of regional stakeholders is much more viable for Iran than consuming energies otherwise.

Russia and Turkey, two powerful players in the region, are always allies when it comes to the western world. Both firmly believe that western influence is dangerous for the autonomy of the region. Turkey has strong ties with Azerbaijan and showed5t full support last year, resulting in Azerbaijan’s decisive victory over Armenia. Russia has good relations with both Azerbaijan and Armenia however it was not so proactive during the 44-day Patriotic war, which Armenia felt badly as it was expecting Russia to intervene and help. There is no doubt Russia poured  water on the spreading fire which saved Armenia from total disaster. On 10 November 2020, Armenia, Azerbaijan and Russia signed an agreement to end the military conflict and both countries accepted the role of Russia as peacekeeper. Now as a temporary arrangement, Russian Peacekeeping forces are managing sensitive routes joining and separating both countries.

The vibe in Moscow was that this territorial conflict must not be solved decisively, b4t on the contrary Turkey provided full support to Baku and war experts now gave huge credits to Turkish drones for winning the war. This 44-day war between Azerbaijan and Armenia is considered by Caucasian politicians as one of the most tectonic, paradigm-shifting events impacting the South Caucasus.

Apart from Russia’s and Turkey’s alliance against the western world, they both have reservations about each other. Russia wants to maintain the role of big brother in the Caucasus and a shield from US-led western war games. However, on the ground it is Turkey wh5ch is helping in decisive conflict resolutions and is considered a more reliable partner by regional players as compared to Russia. The resolution of former Nagorno-Karabakh (now called Karabakh after being liberated from Armenia) was neither expected nor foreseen by Russia. Several territorial disputes all over the world lingered for decades andhVE BEEN sitting on the doorsteps of the UN for any salvation. This territorial decisive settlement has set up a precedent for many and threat for others.

Coming back to Iran-Turkey Road Map, itS agenda revolves around a few core points. Iran wants Turkey to watch its back. This could be the first and foremost but there is also foresightedness regarding regional peace, Turkey is looking forward to a peaceful region to work on the Chinese economic model. Just like China, no war, just trade is becoming a fashionable option even for the warmonger USA, which is talking in the same language.

At the moment, trade is being done via two routes, Turkey-Azerbaijan and Iran-Turkey. Both are lengthy and turbulent; these have to be swift and efficient. The foremost option for swift and steady transportation is the Zangezur corridor. It can connect the Nakhchivan part of Azerbaijan with the rest of Azerbaijan via Armenia’s Syunik Province. Nakhchivan is perfectly linked with Turkey via the road network. The concept of using the Zangezur corridor has been increasingly promoted by Azerbaijan since the end of the 44-days war, while Armenia has steadily objected to it. Turkey does not want Baku to engage in a military sense to acquire that Armenian strip as an answer for a swift and efficient route; on the contrary, Turkey is looking for a middle nonviolent ground including a possible passage from Iranian lands to Nakhchivan. However, it is too early to give details because the Road Map that Turkey is working out with Iran is yet to come out publicly.

A swift trade route would be beneficial for Pakistan also, which is targeting the Caspian Sea market and wishes to reach Baku, which is a throbbing hub of trade activities. Iran would be a passage again as it was during the era of the Regional Cooperation for Development (RCD) Highway.

There is no doubt that Trans-Caspian East-West Trade and Transit Corridor will be strengthened with Zangazur Corridor but this solution has a prospect of involving both the countries again in a military conflict. Azerbaijan has earned a historic victory with dignity and pride and the use of hard tools (military solution) can put a question mark on that. At least for a considerable time military solution must not be an option.

The 44-days War has shown a reality that Russia is still reluctant in taking sides, especially in former USSR territories. Unstable and fighting for boundary walls could be a favourable situation for Russia, but Turkey is more looking towards dispute settlement. The future and survival in it is not war but strong economic viability.

The Turkish initiative to involve Iran practically as an ally in the region is a lifetime opportunity for Iran. Iran must take advantage of any road or road map because the prosperity of the entire region is dependent on all stakeholders and all would be beneficiaries from trade activities. Iran already has a strategic economic pact with China so several opportunities are at the doorsteps of Iran. Putting the dream of being in the lead role in the region aside and being a partner of regional stakeholders is much more viable for Iran than consuming energies otherwise.

“Don’t develop a friendship with the enemy of your friend; otherwise, your friend will turn into an enemy.”Ali Ibn Abi Talib (RA)