Justice Baqar jeers at favoritism in assigning cases, calls it ‘bad for judiciary’ 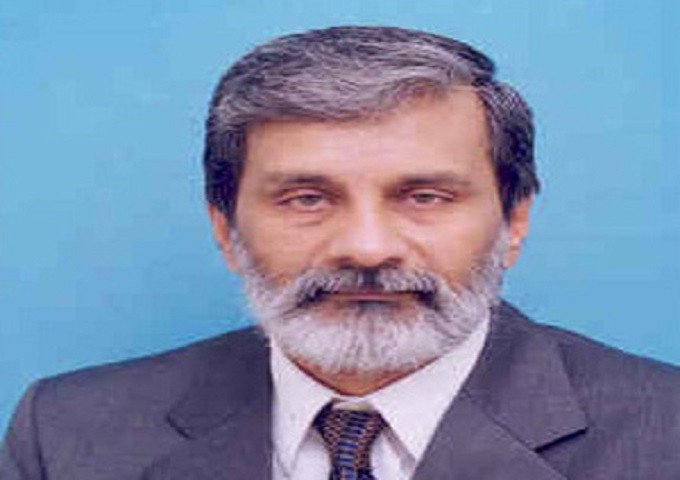 Justice Maqbool Baqar of the Supreme Court on Saturday observed that assigning cases of sensitive nature to specific judges to the exclusion of others would have an adverse bearing on impartiality and independence of judiciary, and may tarnish its integrity in the eyes of the public.

He expressed these views during his keynote address at a conference on ‘The final frontier of judicial independence is the independence of an individual judge from undue pressure from his peers and from unnecessary and unwarranted control of his institution’.

A large number of Sindh High Court judges and lawyers were also present at the event. Addressing the function, Justice Baqar said that the judiciary had an important role to play among the state institutions.

Justice Baqar said, “It would be devastating if the tenure of office of a judge is in reality made dependent on the acceptability of his judgments by those wielding power and the prospects of further elevation of a judge are jeopardised by the reason of his judgment not being well received by certain quarters.”

He stressed that the judiciary must be able to adjudicate on matters without any duress from those wielding power, adding that suppressing differences of opinion in the benches shakes the foundations of the justice system. Doing so, he added, undermined public confidence in the judiciary.

Justice Baqar noted that excluding specific individual judges, “who have independent and impartial views”, during the constitution of benches entrusted to decide on sensitive cases would damage the sanctity of the judiciary.

He pointed out that the UN Special Rapporteur on the Independence of Judges and Lawyers has argued for a mechanism of objective allocation of cases that “protects judges from interference from within the judiciary”.

The SC judge said that only an independent judiciary could be free from all kinds of pressure. “The judge should also be free from pressure from the government, political groups and any other judge.

“Each member of the bench may have a different view. A judge should decide according to his own thinking. The judiciary has a specific and constitutional role to play in preventing unconstitutional measures, from peace to the economy.”

Further, he said that deciding the tenure of judges on the basis of likes and dislikes would be devastating for the institution. “It will deal a blow to the entire institution of the judiciary if the prospects of elevation of a judge are jeopardised when the reasoning of judgements are not liked by certain quarters.”

“Justice cannot be delivered blindly,” he asserted, adding that if the administration or the government goes beyond its powers, the judiciary plays a decisive role between the state and the citizen.

“An independent judiciary plays a necessary role to protect the lives and property of the people. Therefore, maintaining and protecting its independence is essential for the nation,” he said, adding that provision of justice was only possible when the people, in general, have confidence and trust in the judiciary.

“The judiciary also has an important role to play in upholding the Constitution and enforcing it. If the common man has trouble and distress, he also looks to the judiciary,” he added.

Addressing the function, Barrister Salahuddin Ahmed, the president of Sindh High Court Bar Association, said that Justice Baqar had given several important decisions in the Supreme Court. “We pay tribute to Justice Baqar for his historic decisions. Along with the independence of the judiciary, the independence of the judge is also important. There must also be freedom in the decisions and thinking of a judge. Judges face internal and external pressure.

“This is a very important topic on which Justice Baqar was invited today. Today is the most important period for the independence of judiciary. The judiciary is facing internal and external pressure. How can the judiciary be pulled out of this crisis? Justice Baqar is one of the judges who are aware of this situation.”