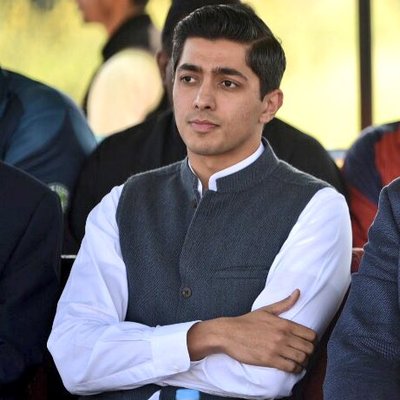 Ali Tareen, son of Pakistan Tehreek-e-Insaf (PIT) leader Jahangir Tareen, moved the Lahore High Court (LHC) on Saturday, challenging the notice issued to him by the Federal Board of Revenue (FBR) for not declaring the foreign assets worth over £30 million.

In his petition, Tareen contended that the notice had been issued without lawful authority, in disregard of the provisions of the Foreign Assets (Declaration and Repatriation) Act 2018 Act, the procedure laid down in the Assets Declaration (Procedure and Conditions) Rules 2019 and the Constitution.

He said that on October 1, 2021 the commissioner land revenue issued a show-cause notice to him, stating that the petitioner had committed misrepresentation and that if the petitioner failed to furnish an acceptable explanation with evidence and proof, the declaration will be declared void.

The petitioner further contended that the notice to him had purportedly been issued on the basis of the information received on December 31, 2017 through CRS regarding accounts in the legal ownership of the petitioner’s father.

Through the notice, he said, the commissioner claimed to be in possession of “definite information that the assets referred to therein are, in fact, in the beneficial” ownership of the petitioner’s father. “This not only incorrect but is in violation of the petitioner’s due process rights…” he added.

The petitioner stressed that he had declared his foreign assets in his wealth statement on July 14, 2018.

Later, the FBR deputy commissioner land revenue sent several notices including, the one on July 18, 2019 to petitioner’s father to explain his position regarding the foreign asset declared by the petitioner.

On behalf of the petitioner’s father, replies were sent on August 2, 2019, August 17, 2020 and October 7, 2020, explaining that those foreign assets were owned and sourced by the petitioner and had been declared through the declarations filed under the 2018 Act, Ali Tareen further said in his petition.

However, he added, “in complete disregard to the submissions of petitioner’s father and in utter disregard to the provisions of the 2018 Act, the respondent deputy commissioner land revenue passed an amendment of assessment order under section 122 (1) of the 2001 Ordinance dated October 7,2020”.

Under the amendment of assessment order, the petitioner said, “the undisputedly same foreign assets declared by the petitioner under the 2018 Act, on which the due tax has already been paid, have been treated as unexplained assets of the petitioner’s father”.

“Consequently, respondent Deputy Commissioner Land Revenue also issued a demand notice to petitioner’ s father dated October 28,2020 under section 137 (2) of the 2001 Ordinance,” he said, adding that the petitioner challenged the order in court which issued notices to the respondents and restrained them from taking any coercive measures against the petitioners regarding the demand notice.

Tareen prayed to the LHC to declare that the notice dated October 1, 2021 had been issued contrary to the Foreign Assets Act 2018 and Assets Declaration Rules 2019 and set aside. He also prayed to the court to declare that the notice was not based on any definite information regarding the creation of the subject assets through sources of any person other than the petitioner.