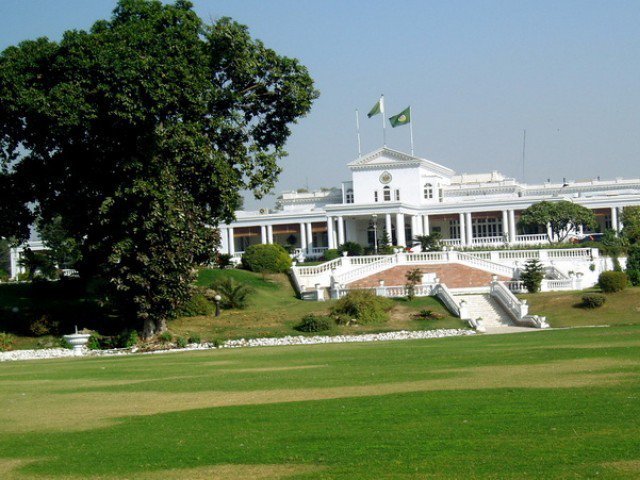 On the directive of Khyber-Pakhtunkhwa (K-P) government, the Governor House Peshawar has been opened for the public ahead of Eid Miladun Nabi (SAWW).

The families and female students of colleges and universities can visit the governor house from 10am to 4pm till 12th Rabiul Awwal (Tuesday).

The facility of lunch is also being provided to the visiting families and students.

Similarly, Tilawat and Hamd-o-Nath were presented on this occasion.

The K-P government has decided to hold ‘Seerat Conference’ in the provincial capital tomorrow (Monday) where a large number of Ulema, religious scholars, government officials and the general public will attend the conference.

Faithful will celebrate Miladun Nabi (PBUH) on upcoming Tuesday across the country with religious and traditional zeal, renewing the pledge to transform their lives in line with the Islamic principles and disseminate teachings of Allah Almighty’s last Messenger (PBUH) across the globe.

The day will dawn with a 31 and 21 gun-salute in the federal and provincial capitals respectively to pay homage to Prophet Muhammad (PBUH).

Special prayers will be offered in mosques for peace, progress and prosperity of the country.

Prime Minister Imran Khan in a special message for 12 Rabiul Awwal has asked the entire nation including the media and minorities to fully participate in Eid Miladun Nabi (PBUH) celebrations.

Facebook
Twitter
Linkedin
WhatsApp
Email
Previous article‘Imran Khan is lucky to have got such incompetent and useless opposition’: Sheikh Rasheed
Next articleJustice Baqar jeers at favoritism in assigning cases, calls it ‘bad for judiciary’