‘Imran Khan is lucky to have got such incompetent and useless opposition’: Sheikh Rasheed 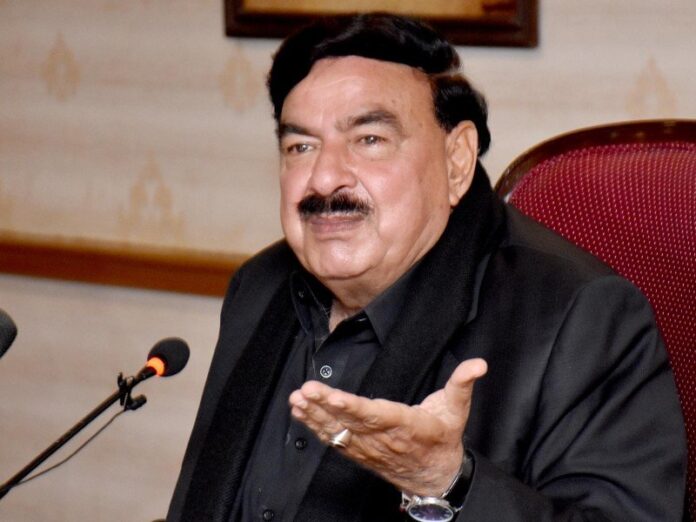 Interior Minister Sheikh Rashid said on Sunday that Prime Minister Imran Khan was not going anywhere and will complete his five-year term in the office.

Addressing a press conference in Islamabad, the interior minister said that the misunderstanding that Imran will be ousted should be cleared as he was here to stay.

“The opposition has been saying since December last year that Imran is going to lose power, but it should clear any misunderstanding that it has about Imran Khan,” Rashid said, adding that the Pakistan Tehreek-e-Insaf (PTI) government will complete its term.

“Imran Khan is lucky to have got such incompetent and useless opposition,” the interior minister claimed.

The remarks by Sheikh Rashid came amid a standoff between PM Imran Khan and army chief Gen Qamar Javed Bajwa over the appointment of a new ISI chief.

In a notification issued on October 6, the ISPR had appointed Gen Nadeem Anjum as the chief of the premier spy agency, but the PM’s Office did not issue a notification over certain reservations.

Talks between the two sides are underway; however, there hasn’t been any headway till now.

Rashid also criticised Pakistan Muslim League-Nawaz (PML-N) Vice President Maryam Nawaz for bashing the state institutions, including the chief of the premier intelligence agency. He said it was “foolish” to call out the chief of an institution the way Maryam did, adding that the army shouldn’t be discussed in public places.

According to Rashid, “Former prime minister Nawaz Sharif’s departure to London [for medical treatment] was planned.” He said that Nawaz was shedding “crocodile tears” while sitting in London.

Speaking about the hike in petrol prices, Rashid said there was no doubt that Pakistan had a high inflation rate but the government was facing these challenges with strong resolve.

He claimed that the Pakistani rupee went into a nosedive against the US dollar due to the situation in Afghanistan. He said the global spike in oil prices also resulted in the price hike in Pakistan, but the PTI was making all-out efforts to control inflation.