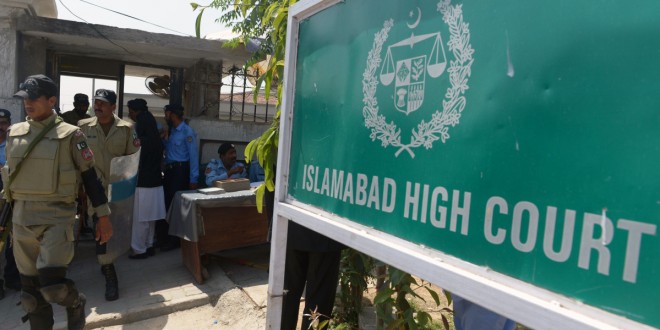 The parents of Zahir Jaffer, the main suspect in the Noor Mukadam rape and murder case, have been served a notice by the Islamabad High Court and the case has been adjourned the hearing till September 15, it emerged on Monday.

Justice Aamer Farooq of the IHC was hearing the bail plea of the suspect’s father Zakir Jaffer and of the employees of Therapy Works, reported Geo News.

During the hearing, the court directed Advocate Shah Khawar, the counsel for Noor’s family, to submit a power of attorney today.

The lawyer responded that he would submit a power of attorney on behalf of his client Shaukat Mukadam, Noor’s father, on Monday.

The application for cancellation of bail of the employees of Therapy Works is also being heard, Khawar said, adding that if the court deemed it appropriate, it could hear all the petitions together.

Justice Farooq, however, said that the rules to grant and cancel bail are different.

He said the court will hear the two petitions separately.

If the hearing is to be adjourned, then adjourn it till tomorrow, said the petitioner’s lawyer, Khawaja Harris.

The court then ordered Khawar to submit a power of attorney and adjourned the hearing till September 15. A notice was also issued on the bail application of Zahir Jaffer’s mother Asmat Zakir again.

A protest, meanwhile, was held outside the Islamabad High Court during the hearing by Noor’s family and friends, calling for speedy justice in the case.

The victim’s father Shaukat Mukadam was also present at the protest.

Noor’s friends and family demanded her killer be brought to justice. They also demanded that those who helped the killer not be released on bail.