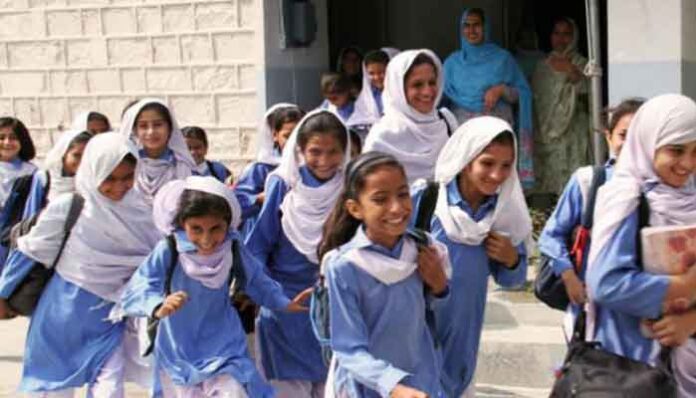 Schools across Sindh have been allowed to reopen from August 30 with 50 percent attendance.

These schools will operate six days a week.

“All the heads of educational institutions will ensure 100 percent vaccination of teaching and non-teaching staff by producing evidence to the concerned regional head,” a notification issued by the Sindh Education and Literacy Department said.

The education department directed all the educational institutions to ensure 100 percent compliance of Covid-19 SOPs already issued by the government.

Sindh Education Minister Sardar Ali Shah earlier this week had announced the provincial government would allow schools that have completely vaccinated their staff to operate from August 30.

The government had late Sunday night announced that all public and private schools across the province would remain closed till further orders.

“We want the rate of vaccination to increase in the education sector,” the education minister had said while addressing a press conference in the port city.

The provincial minister had said the quicker people get vaccinated, the sooner Pakistan could get rid of coronavirus. “We are getting reports that private schools have vaccinated 80 percent of their staff.”

Shah had said the government would allow the operation of schools at 50 percent capacity for six days throughout the week, while regular PCR tests would also be conducted.

“We have also allowed vaccinated staff to work in schools […] it is the school administration’s job to check for parents’ vaccination,” the minister said.

Shah had added 90 percent of the staff at the Sindh Education Department had been vaccinated.