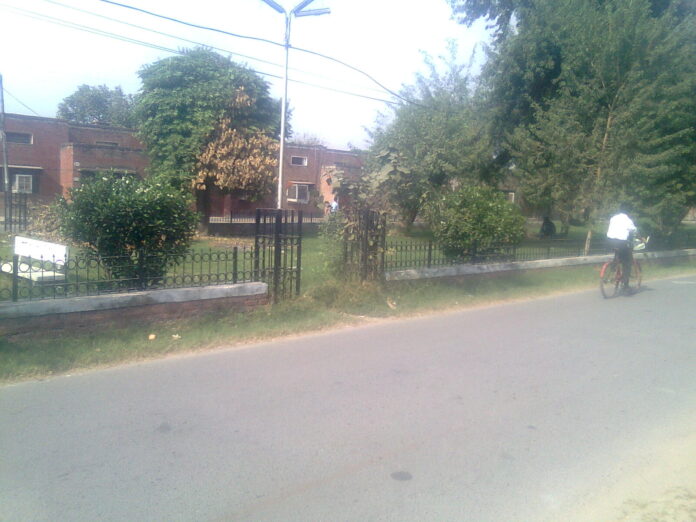 According to details, the Punjab government has recently established an authority ‘Lahore Central Business District Development Authority (LCBDDA) and the purpose of the authority was to regenerate the city and build high-rise buildings on government land.

Similarly, the authority also intended to occupy the area of Mayo Garden which was the land of Pakistan Railways and where the residences of railway officers were located, the demolition process should be started there too and high rise buildings should be constructed.

The chief executive officer of LCBDDA, Imran Amin, speaking to this scribe, informed, “We have taken the data of all the residents of Wahdat Colony. Since this is all a government place and only government employees are living in houses built by the government here. Maintenance is a big issue in this colony. Our plan is that, first we will build multi-storey flats in some areas here and later we will give ownership rights to the residents by shifting them to these flats. We are making this plan for about two and a half thousand residents which will benefit the residents as they will get their own house. Similarly, there is a slum in this area and its resettlement plan will be fulfilled by building multi-storey houses at low cost. Later we will move this whole area for commercial activities. The resettlement of slums will also fulfill the government’s vision of housing and start our commercial activities,” he said.

When this scribe asked that this is a very difficult task because the resident of Wahdat Colony has to retire one day or the other and those whose retirement is imminent, will they also get property rights? He replied that the government would decide to whom and how the property rights would be given.

“The general concept of colonies needs to be scrapped as it becomes difficult for the government to maintain them. This is the concept of urban regeneration. However, whatever projects we undertake will be financially, technically and socially feasible. Similarly, with Pakistan Railways, we are still considering the residential area of Mayo Garden in Lahore at the very early stages. The railways also have a lot of land where good and profitable projects can be done later,” he said.

When Amin was asked if most of the houses in Mayo Gardens have cultural heritage status and if the authority intends to demolish them as well, he replied that if a house has a heritage value, it must be reconsidered.

“Now, houses that are 40 to 50 years old cannot be conserved. It is better than maintenance to demolish them and move it to the vertical and change the traditions,” he insisted.

However, a clerk of the secretariat reacted strongly to the assurance of anonymity on the issue, saying how houses in old and historic areas like Wahdat Colony can be demolished.

“Every year the government provides funds billions of rupees for the maintenance of these houses and these funds are deducted from the salaries of the residents. It is a state of the art colony where there is greenery everywhere and most of the government employees are here for generations. What kind of development is it that one already built area demolished and replaced by another area in the name of development? The government should give commercial status to other roads and areas and should start the commercial activities on those lands which are illegally occupied,” he said.