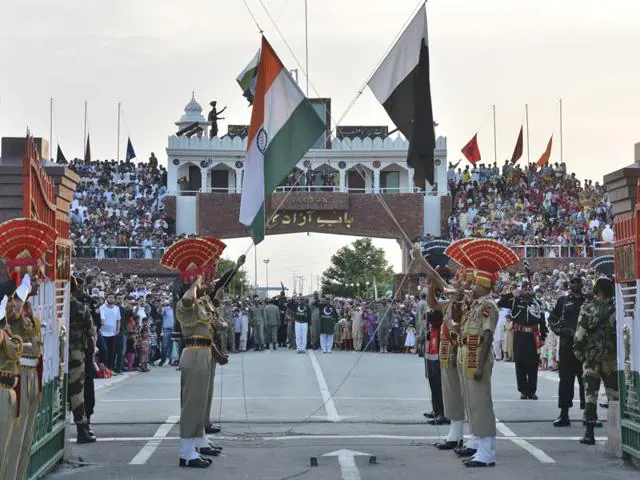 Indian foreign minister S. Jaishankar, while addressing the BJP leaders training programme on government policy in New Delhi on 18 July, admitted that it was due to the efforts of the Modi government that Pakistan was included in the grey list of the FATF and sanctions imposed on groups like Jaish-e-Muhammad and Lashkar-e-Taiba. His statement unravels the mystery surrounding why the USA sponsored a resolution in the plenary meeting of the FATF to put Pakistan on the grey list which was adopted by the agency. I have always contended that pushing Pakistan on the grey list was a sequel to global politics. Now it is clear that the USA obliged its strategic partner for its role in its ‘Contain China’ policy. Since 2018 India, as chairman of the Asian Group of FATF, has also been making strenuous efforts to consign Pakistan to the black list of the FATF which was thwarted by the persistent support of our friends like China, Turkey and Malaysia.

Unfortunately India has been trying every machination to harm and destabilize Pakistan and has invariably spurned initiatives by Pakistan to foster bonhomie through resolution of the outstanding disputes, including Kashmir, to make a new beginning towards peaceful co-existence. It has persistently indulged in projecting Pakistan as an exporter of cross-border terrorism at all available international forums.

India also has been carrying out a sustained campaign to malign Pakistan, as revealed by Euro Disinfo Lab, by generating and propagating false and fake news through a network of 750 fake media outlets and 550 website domain names in 162 countries. Reportedly Indian RAW set up a fake front entity, Srivastava Group, with headquarters in New Delhi in 2005 which over the last 15 years developed this network.

Not only that, its intelligence agency RAW in connivance with Afghanistan’s NDS has also been helping the Tehrik Taliban Pakistan in executing terrorist attacks in Pakistan, including the one on APS Peshawar in December 2016. It has also been supporting and financing insurgents in Balochistan province besides executing acts of terrorism in the province and Karachi as confessed by Kalbhushan Jhadav, an Indian naval officer, who was caught in Balochistan by our intelligence agencies and later awarded death sentence by the military court. Indian links and support to the Balochistan Liberation Army (BLA) are a proven fact.

India was in fact jeopardizing peace and security in the region which ultimately could also harm her own strategic and economic interests. It therefore needs to revisit its stance towards Pakistan in the larger interest of the region as well as the Indian masses groaning under the weight of abject poverty. The Sooner that realization sinks in the minds of Indian leaders, the better it would be for all the stakeholders in peace and prosperity in the region.

India was also behind the attack on the Karachi stock exchange by BLA on June 29, 2020. The attack carried the hallmark of the 2018 BLA attack on the Chinese consulate in Karachi. It was not only designed to scare investors but also to send a warning signal to China, since its companies took over the management control of the stock market in 2016 after acquiring 40 percent of its shares. These shares are held by the Shanghai Stock Exchange, Shenzhen Stock Exchange and China Financial Futures Exchange. The group has also been targeting Chinese nationals working on the corridor projects in Balochistan. It killed several workers in a bus attack in Dalbandin district about three years ago. The US-India nexus to sabotage CPEC is a well-known reality.

The bomb blast in Jauhar Town Lahore on 23 June was also sponsored and supported by Indian RAW. Revealing details of the Investigations in the incident, National Security Adviser Moeed Yousaf along with the IG Police Punjab and the federal Information Minister in a presser said, “I want to make sure that our message is heard very clearly regarding this particular incident. We have concrete evidence and intelligence, including financial and telephone records, which point to direct Indian sponsorship of these terrorists. Through forensic analysis and electronic equipment which has been recovered from these terrorists, the main mastermind and the handlers of this terrorist attack have been identified and there is absolutely no doubt or reservation about informing you that the main mastermind belongs to the RAW, the Indian intelligence agency, who is an Indian national and is based in India. Very unusually there is also evidence of thousands of attempts of cyber-attacks against our critical investigative infrastructure right after the attack.”

The Modi government also orchestrated the Balakot attack in February 2019 as a ploy to win elections, as was revealed in the transcript of Whatsapp conversations between Arnab Goswani, editor-in-chief of Republic TV, and Pratho Dasgupta, the incarcerated head of ratings company Broadcast Audience Research Council (BARC), widely reported in the Indian and international media.

Pakistan has been inviting the world’s attention to Indian state terrorism and even shared a dossier with the UN, the USA and other important countries which contained irrefutable evidence in this regard. But regrettably the response has not been very encouraging. The USA, particularly, has shown criminal indifference to state terrorism enacted by India and instead has gone with her narrative of Pakistan being responsible for incidents of terrorism within India and being an epicentre of terrorism, notwithstanding the fact that India never came up with credible evidence to prove its assertions.

The reality is that Pakistan as a front line state in the War on Terror— as an ally of USA— has lost 70,000 of its citizens, including personnel of the security forces and law-enforcing agencies, in addition to the loss of $150 billion to its economy, which indicates an unparalleled commitment to take the fight against terrorism to its logical end. In spite of that, the USA has proved to be an unfriendly ally like always. It keeps looking the other way in regards to the Indian acts of terrorism and her continued hostility against Pakistan. It is hypocrisy at its worst.

This selective approach to phenomenon of terrorism and unrelenting Indian animosity towards Pakistan can have disastrous consequences for peace and security in the South Asian region. Therefore, Pakistan is justified in upgrading its diplomatic offensive to sensitize the world about the terrorist credentials of India. In the backdrop of the Lahore incident, Prime Minister Imran Khan was right on the money to ask the global community to mobilize international institutions against this rogue Indian behaviour. Responding to a question by an Indian Journalist in Tashkent, he rightly said that Pakistan wanted cordial relations with India but RSS ideology of ‘Hindutva’ had come in the way.

India was in fact jeopardizing peace and security in the region which ultimately could also harm her own strategic and economic interests. It therefore needs to revisit its stance towards Pakistan in the larger interest of the region as well as the Indian masses groaning under the weight of abject poverty. The Sooner that realization sinks in the minds of Indian leaders, the better it would be for all the stakeholders in peace and prosperity in the region.