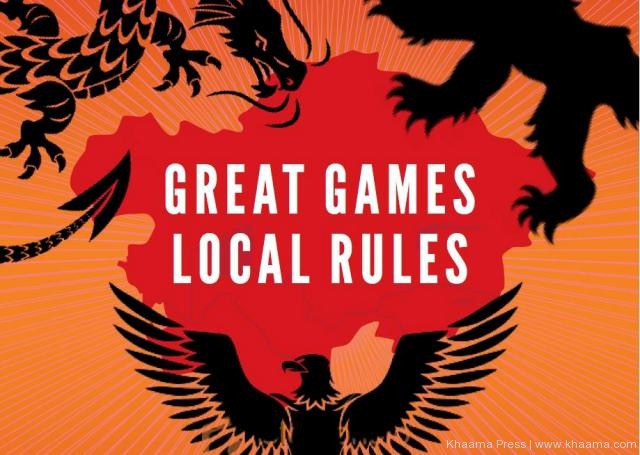 “He who controls the heartland controls the world”- Halford Mackinder. The assertion of this concept is portrayed in the contemporary dynamics of Central Asia, along with its emerging power struggles. The region comprises the heart of Eurasia and has retained strategic significance for trade routes throughout history. As of now, strides for Central Asian dominance are observed in the international system, with aspirations of accessing the land’s untapped mineral, oil, and gas resources. However, due to the prevalence of rugged mountains and lack of sea access, Central Asia has inadequate connections and routes. Such factors resulted in the region’s isolation from global power games; however, China’s aspirations for accessing Central Asia via the Wakhan Corridor have altered the dimensions of the region for the new Great Game.

Inarguably, the flashpoint for the initiation of the new Great Game is equated to the narrow strip of land under the sovereignty of Afghanistan, coined as the geostrategically significant Wakhan corridor. Historically, the region fell victim to the Great Game at the hands of the British and Russian Empires, and the contemporary dynamics assert a similar pattern. With China’s aspirations for creating a highway as part of the mega Belt and Road Initiative, Pakistan and China will gain access to the untapped yet abundant Central Asian resources. Since these steps directly challenge the interests of India and the USA, the region may serve as the flashpoint for the new Great Game between numerous conflict actors.

China aims to revive the former Silk route by constructing a highway through the Wakhjir pass in the Wakhan corridor. Subsequently, Central Asian states will be linked via the Karakoram and Kashgar highway, marking the shortest and cheapest trade route with Pakistan and China. Regional trade and associations shall accelerate through increased commerce with Central Asia and the Gwadar port, increasing China’s economic and military influence over the region. For instance, investments in gas pipeline routes seek to increase China’s energy dominance in Central Asia. Along the same lines, the Wakhan corridor offers economic prospects for Pakistan too, because strides towards a transit economy, job generation, foreign revenue, and regional connectivity shall be undertaken, as the establishment of a route shall integrate the strategic corridors of Central Asian states, Afghanistan, Pakistan, and China.

In conclusion, the recent developments in the Wakhan Corridor have served as a flashpoint for the new Great Game in resource-abundant Central Asia. The current dynamics lie in favour of China and Pakistan; nevertheless, both India and the USA have initiated measures to alter the tide. Since the witnessed developments are recent, the true potential and implications of the new Great Game are yet to be witnessed. Can Central Asia become a battleground in the US-China Cold War?

Nevertheless, the ambitions affiliated with the Wakhan corridor carry signs of projecting the new Great Game. To begin, this notion directly challenges the national interests of India, since efforts for linking Afghanistan, India, and the Chabahar port for regional connectivity shall be undermined. In an attempt to counter the rising influence of China, India has introduced measures to revive historic civilization links with Central Asia. Indian dyansties such as the Mughals were of Central Asian descent, and the region served as a critical component of the Silk Road.

The Karakoram Highway’s establishment was opposed due to its descent from Pakistan administered Kashmir and its role in China’s string of pearls strategy for Indian isolation. Hence, the highway project along with China’s increased presence in Central Asia and Afghanistan, challenges the border security of India alongside Kashmir, and its aspirations to dominate the region.

Adding on, the Wakhan Corridor project further aspires to establish a link with the Gwadar port, thereby increasing Pakistan’s trading potential and boosting its economy. Since the states have been involved in diplomatic and military rivalries since 1947, the economic rise of Pakistan impacts the integrity of India.

Further, the USA views Central Asia as a battleground for countering China’s rising global influence. Although the USA retained a military presence in Afghanistan previously, the Wakhan Corridor project has altered its approach altogether. Investments in the private sector have been initiated. For instance, $100 million were allocated to Uzbekistan for developing financial markets and increasing trade relations with Afghanistan. Consequently, the rising strides towards the Wakhan Corridor could be challenged, along with China’s influence.

In conclusion, the recent developments in the Wakhan Corridor have served as a flashpoint for the new Great Game in resource-abundant Central Asia. The current dynamics lie in favour of China and Pakistan; nevertheless, both India and the USA have initiated measures to alter the tide. Since the witnessed developments are recent, the true potential and implications of the new Great Game are yet to be witnessed. Can Central Asia become a battleground in the US-China Cold War?