Lesson to be learnt from Martyrs’ Day

The Kashmiris have an indomitable fighting spirit 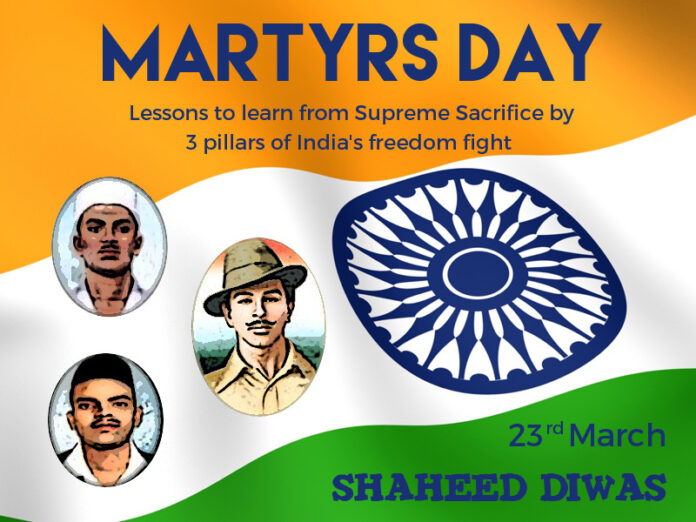 Since 13 July 1932, Martyrs’ Day has been observed in memory of the 13 July 1931 martyrs. It used to be observed with great farvour in occupied Kashmir, Pakistan, Britain and in other countries by the Kashmiri Diaspora and sympathisers of the Kashmir cause.

It is a tribute to the Kashmiris’ indomitable spirit that they observed the day even while under the yoke of the Dogras’ tyrannical rule. India could not dare stop observance of the day until it abolished the special status of the state on 5 August 2019.

The day has great significance as it reflected that the Dogra rule could not gag the Kashmiris’ resistance despite the Dogra’s incessant reign of terror.

To stifle the Kashmiris’ fighting spirit, the Dogra punished even Kashmiri children who played with slingshots and stones. Under the Dogra rule, the Kashmiris were treated no better than beasts of burden. Instead of donkeys and horses, Kashmiri Muslims were used to transport goods across Gilgit, Leh and Skardu. They carried luggage on their backs across glaciers as high as 17,000 feet. Thousands perished along the way each year from frostbite, fall from a precipice, and hunger or sickness. The Dogra caravans were not humane enough to stop for a while in the snowy passes to look after the injured porters. Besides performing forced labour, Kashmiris had to pay heavy taxes. All their produce was confiscated by the Dogra. Little was left for tillers and their children to eat. On every item, the oppressed Kashmiri had to pay multiple taxes. Take shawls. Not only the shawl-makers were taxed, but also the other intermediaries like importers of pashmina from Ladakh, and storekeepers, whether wholesalers or retailers.

The regressive revenue system resulted in famine during the winter of 1877. People began to die of starvation. Instead of releasing grain stocks from the royal go-downs, the maharajah’s constabulary drowned the starved, crying people in the Wular Lake.

The reign of terror by Indian forces (now estimated at about 900.000 regulars and security personnel) who replaced the maharajah’s constabulary on 27 October 1947, is no less gruesome. International human rights organisations, as well as India’s National Human Rights Commission, have brought into the  limelight the mysterious disappearances, the custodial deaths, and countless rapes of hapless women.

The lesson from the Kashmiris’ struggle for freedom is that repression or palliatives like elections in occupied Kashmir are no good. India shall have to allow the Kashmiris to exercise their right of self-determination.

Like the Dogra, Indian rulers are mercilessly exploiting Kashmiris’ economic resources. The bulk of locally-generated electricity is being diverted to Indian states. The tourism industry is in shambles. Highly educated people have no jobs. With no inflow of tourists, the shopkeepers have no business. Unlike occupied Kashmir, all the socio-economic sectors in Azad Kashmir are progressing by leaps and bounds.

Both permanent and temporary members of the Security Council had sympathy with Pakistan’s point of view on Kashmir. Still, India regarded the Kashmiri as a chattel. Congress ex-minister and Kashmiri politician Saifuddin Soz said Home Minister Vallabhbhai Patel was happy to let Kashmir go to Pakistan in exchange for Hyderabad. Lord Mountbatten took Patel’s offer to Pakistan on the exact day the Indian Army landed in Srinagar.

A landholder in Udhampur in Jammu converted to Islam of his free will. The Hindu tehsildar eliminated his share of ownership by transferring it in the name of his brother. The landholder filed a suit for restoration of title. But the court deviously ordered that to get re-entitled the convert should revert to his old religion. The order was based on a decree issued on 31 December 1882.

The court’s judgment was interpreted as interference by Hindu rulers in the religious domain of Muslims. Thus the Kashmiri Muslims began to hold rallies and processions despite prohibition on assembly of persons and on Friday sermons. The Muslims petitioned the Additional District Magistrate against a Hindu inspector for disturbing a religious assembly, which was dismissed because the Hindu magistrate held that sermon was not a part of the prayer.

Head Warder Balak Ram and Sub-Inspector Labhu Ram desecrated the holy Quran while reprimanding constable Fazal Dad of Mirpur. On 20 June 1931, some mutilated pages of the Holy Quran were found in a public latrine in Srinagar.

The above events served as a catalyst to the fateful day of 13 July. These included a desecration of holy Quran, and also trial (in camera) of Kashmiri youth Abdul Qadeer by the Dogra’s kangaroo court. Qadeer’s offence was that he had pointed his finger towards the Maharajah’d palace and shouted, “Destroy its every brick”.

Abdul Qadeer, from Swat, was an employee of an English army officer, Major Butt of the Yorkshire Regiment posted at Peshawar.

While the trial was in progress, a young man arose to say azan. He was shot dead. Another person arose and he too was shot dead. Thus about 21 persons were shot dead in succession.

The July 13 event happened in spite of Dogra rulers’ efforts to gag Kashmiris’ voice during the preceding period (1846 to 1931). The struggle for freedom continued in the post-1931 period. It baffles one’s imagination how Kashmiris have sustained their spirit of resistance despite about 162 years of oppression (Dogra rule 1846-1947 to India’s raj, 1947 onwards). India marched its forces into the Valley and annexed Kashmir on 27 October 1947. The self-conceited basis for India’s aggression was a fake instrument of accession. The world community does not recognise this so-called instrument. Thus, the United Nations granted the right of self-determination to the Kashmiris. This right is enshrined in the UN’s resolutions of 1948 and 1949.

Toynbee’s Challenge and Response Theory suggests that if the challenge is too strong, a nation becomes apathetic. Ibn-e-Khaldoon’s asabiya (spirit of national cohesion) concept also suggests that a nation’s spirit is likely to be smothered by a challenge which is too heavy.

Yet either Indians nor the Dogra could gag the Kashmiris. The struggle for freedom has continued unabated despite centuries of oppression.

The lesson from the Kashmiris’ struggle for freedom is that repression or palliatives like elections in occupied Kashmir are no good. India shall have to allow the Kashmiris to exercise their right of self-determination.