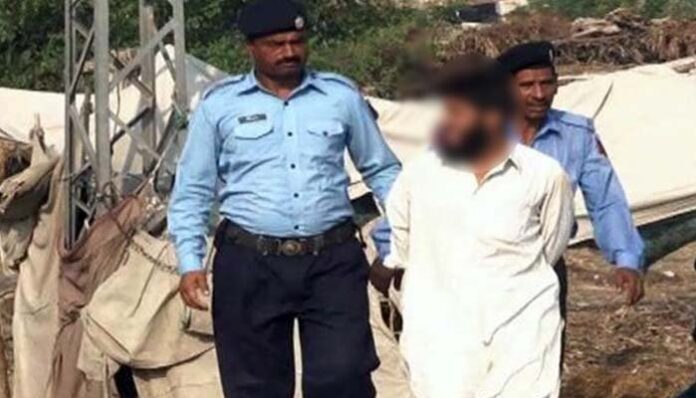 In a dramatic scene, a person named Sohail, resident of Chakwal, appeared in front of the Parliament House in Islamabad with a pistol in one hand and a knife in the other hand.

After much deliberation, police arrested the ‘mentally unstable’ person and shifted him to Secretariat Police Station.

It has been revealed there were no bullets in the pistol but Sohail managed to ‘terrorize’ people and police personnel early morning in Islamabad.

Police have also confiscated the motorcycle on which the accused person came. A big question mark is how he managed to appear in front of parliament house with a gun in his hand openly.

Islamabad Secretariat Police is now checking the background record of the accused person who has been labelled as ‘mentally unsound’ by the police.