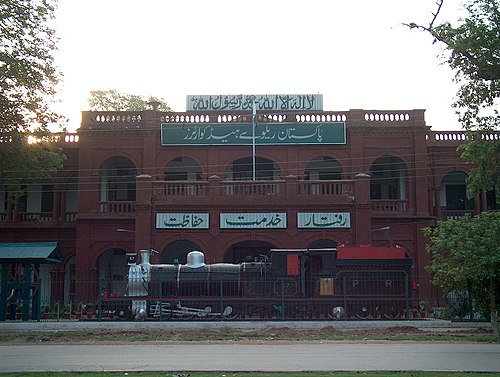 PESHAWAR: The Pakistan Railways (PR) has warned the Khyber Pakhtunkhwa (KP) local government department of ending all assistance and cooperation, if the latter fails to pay all the arrears on time.

Sources said that the PR may stop cooperation with the provincial government and close down the BRT flyover, passing through the PR’s properties, if the local government department does not pay the arrears.

The PR has complained of the department’s non-cooperation in the ongoing development works in Hayatabad, giving a last chance to rectify the situation and clarifying that if the situation persists, the PR administration will be forced to stop assistance.

A letter sent by the PR to the local government department said that the Urban Development Authority was allowed to operate within the limits of PR but the authority has never taken the PR into confidence during the construction work.

The letter said that several telephone calls and letters were sent by the PR but the authority is yet to respond.

The plan for construction of fifth flyover in Industrial Estate, Peshawar, included in BRT, was sent to PR on January 29, 2018 but the PR had returned the plan with the direction to deposit Rs120.137 million.

However, according to the PR administration, no positive response was received from the KP local government department despite repeated reminders.

The letter requested the LG department to send back the flyover plan and pay the required amount otherwise the PR would terminate all its assistance with the department and no such application will be accepted in future.

LAHORE: The Provincial Development Working Party (PDWP) approved the development scheme of the industries sector with an estimated cost of Rs4,107 million. The scheme was...
Read more
CITY

October 4, 2022
PARIS: The United States will impose "further costs" on Iran for its lethal crackdown on protests sparked by the death of Mahsa Amini, President...