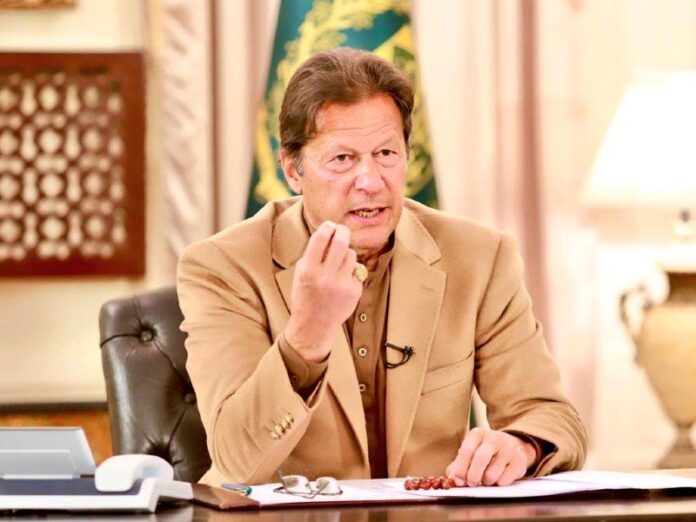 ISLAMABAD: In a bid to introduce a modern electronic voting system in the country, Prime Minister Imran Khan has directed the ministry of finance to arrange funds for purchasing electronic voting machines (EVMs) within the next six months.

According to sources, PM has directed the Adviser on Parliamentary Affairs and the Ministry of Finance to arrange required funds within six months for the purchase of electronic voting machines.

Similarly, the minister for science and technology and adviser on parliamentary affairs have been directed to consult the Election Commission of Pakistan (ECP) to remove hurdles in this regard and submit a report within one month.

They added that the PM has also directed his adviser on parliamentary affairs to consult the National Assembly speaker and Senate chairman and clear legal hurdles regarding introducing the electronic voting system in the country and necessary amendment in the laws.

The sources said that the Federal Minister for Science and Technology and adviser on parliamentary affairs have been directed to consult ECP and finalise the required quantity of electronic voting machines within the next 15 days.

The Ministry of Information Technology, on the advice of the PM, had earlier appointed a consultant for obtaining modern technology, its security, design and other affairs besides audit of NADRA system through a filter and voting through the internet. And, for this, the finance ministry had released Rs300 million in funds.

Moreover, so far, several meetings of a sub-committee of the cabinet had been held under the president for voting through the internet facility.

The PM has also directed to empower ECP to give the voting rights to overseas Pakistanis by amending Section 94 of the Election Act 2017 and he has given a deadline to concerned ministers to complete the task pertaining to removing legal and technical complexities in this regard.

They said that an ordinance will be promulgated to give voting rights to overseas Pakistanis while an amendment in Section 103 of the Election Act 2017 will also be made. A letter was earlier sent to ECP by Parliamentary Affairs Division regarding a report for introducing the electronic voting system. And, in its response, the ECP declared that its mandate regarding voting through the internet is limited and an amendment in Section 94 is required for voting through the internet in the general election.

More, a bill that pertains to amendment in Section 94 and reform in the general elections is currently pending with the National Assembly Standing Committee on Parliamentary Affairs.