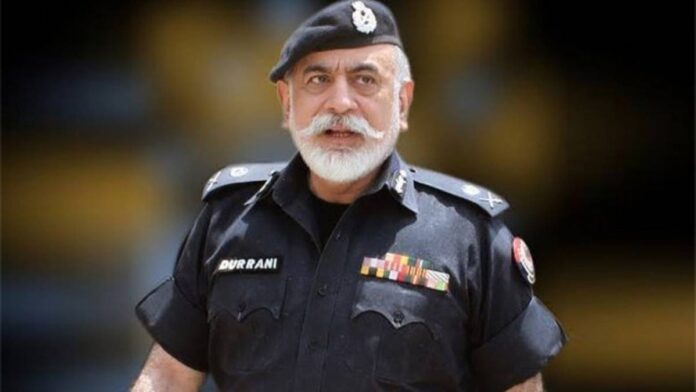 Durrani had been under treatment at Lahore’s Mayo Hospital since he contracted the deadly disease. He had been in the intensive care unit (ICU) and on a ventilator.
Durrani also served as the chairman of Punjab Police Reforms Commission in the Pakistan Tehreek-e-Insaf (PTI) government. Durrani had tendered his resignation from the post in 2018 citing health issues.

Durrani, while heading the KP police for almost three and a half years, had introduced strict accountability by dismissing around 800 policemen and awarding another kind of punishment to over 6,000 others.

Besides these actions, Durrani set up the police assistance lines in all the districts, the police access service, he established six specialised schools, formed a special combat unit of specialised commandoes on the pattern of Special Services Group (SSG) of the army, reformed the Counter-Terrorism Department (CTD) and introduced technology-based investigation like geo-tagging and others.

Punjab Chief Minister Usman Buzdar has expressed a deep sense of sorrow over the death of Durrani and extended sympathies to the bereaved heirs.

In his condolence message, the CM paid tributes to the services rendered by the late officer for the police force and prayed to Allah Almighty to rest the departed soul in eternal peace.