Ambassador Rong says great news about CPEC would soon be out 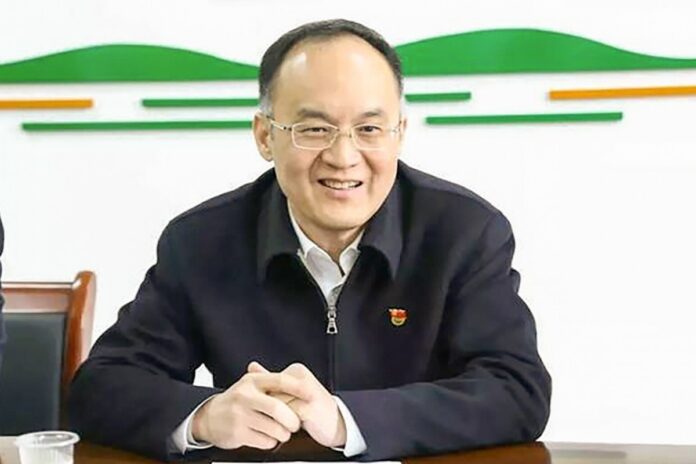 ISLAMABAD: Chinese Ambassador Nong Rong om Monday said that great news about China-Pakistan Economic Corridor (CPEC) would soon be out and new projects related to CPEC are under consideration.

“People should wait. Great news about CPEC would soon be out and new projects under CPEC are under consideration. Attention will also be paid to the problems of Pakistani students studying in China,” said Ambassador Rong while addressing the participants of a function organized on the occasion of Pak-China Tree Planting Campaign 2021 at Civil Officers Mess Peshawar.

The event was organised under the auspices of the Khyber Pakhtunkhwa (KP) branch of the Pakistan-China Friendship Association (PCFA). This was the first time that the recently-appointed Chinese envoy visited KP.

The Chinese Ambassador appreciated the tree-planting drive by the Pakistan-China Friendship Association, which is underway across KP to mark the 70th anniversary of diplomatic relations between China and Pakistan. The tree-planting campaign is also being commemorated on the 100th anniversary of the successful completion of the ruling Communist Party of China (CPC) to pay tribute to the role and efforts of the Communist Party in making China economically strong.

Addressing the ‘Tree Planting Campaign’ under the auspices of Pakistan-China Friendship Association, KP Branch, Provincial Minister for Local Government and Rural Development Khan welcomed Chinese Ambassador Rong on his first visit to KP and expressed hope that during his tenure in Pakistan, the envoy will further deepen and expand the friendship and bilateral relations between the two countries, especially CPEC.

Khan also mentioned the services rendered by his father, former president Field Marshal Ayub Khan, in improving Pakistan-China friendship and relations. Khan also appreciated the role of Pakistan-China Friendship Association (KP branch) due to which the relations between Pakistan and China have become stronger.

He also stressed the need to further strengthen people-to-people ties through the Friendship Association and introduce China’s economic and other development in Pakistan. He lauded the Pak-China Friendship Tree Planting Campaign 2021 and said that Prime Minister Imran Khan and KP Chief Minister Mehmood Khan were also taking practical steps to save the environment through tree planting campaigns and this tree planting campaign was a reflection of the government’s efforts.

Syed Ali Nawaz Gilani also appreciated the Chinese Embassy’s organiation of an essay competition on the occasion of the 70th anniversary of Pakistan-China diplomatic relations, which will run from April 5 to May 5, 2021. Gifts were also exchanged at the end of the ceremony.