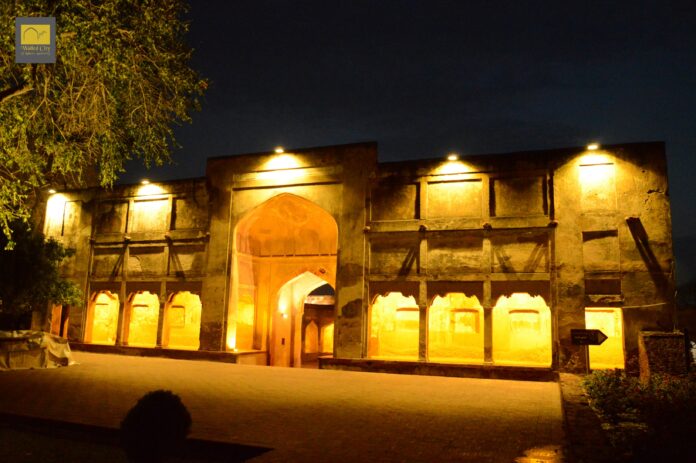 LAHORE: Walled City of Lahore Authority (WCLA) has completed the conservation and restoration of Moti Masjid and Makatib Khana located inside the Lahore Fort with an amount of Rs19 million allocated by the Punjab government for both the monuments, Pakistan Today learnt.

It is pertinent to mention here that both the historic monuments are located on the western side of the Lahore Fort near the canteen area and make a complex of buildings.

The officer on duty for the conservation and restoration works informed this scribe that the works and repairs of the mosque included lime plaster, marble flooring, restoration of the discovered old drainage system, investigation and study of Moti Masjid hujras, restoration of newly discovered treasury place inside the masjid, Ghalib Kari, Pakka Kali, fresco lining in hujras, removal of debris and drainage waterproofing of roofs.

WCLA Director Conservation Najamus Saqib said that it was an 18 months project which had started in 2019.

“The work is now completed by WCLA and it was an uphill task because of the intricacies. All the graffiti from Makatib Khana and Moti Masjid has also been removed during these works. We have illuminated the monuments and these will be soon opened for the public. The draining system of the Mughal era has also been restored and the treasury of the Sikh era found inside the Moti Masjid is also restored. We will be putting up informational plaques for the tourist so that they can get the relevant information,” Saqib said.

On inquiring about the controlling of graffiti inside the restored monuments he said, “there was a lot of wall chalking and graffiti in both Makatib Khana and Moti Masjid which was removed by our specialized team during work. We will be imposing fines on such acts and these will be heavy fines. Moreover, we are installing CCTV cameras as well inside the fort through which our team would monitor such activities. Site in charge and guards will also be deputed there to control these matters.”

Muhammad Javed, a tourist guide of WCLA, informed this scribe that graffiti and derelict condition of the monuments was bringing a bad impression before the serious tourists and heritage lovers.

“It is a good step taken by WCLA as wall chalking and graffiti in different parts of the fort was much disliked by the foreign and local tourists who take heritage sites seriously and treasure them,” Javed added.

WCLA Director General Kamran Lashari said that these monuments are the grandeur of our past, and their restoration is the prime responsibility of authority.

“It is high time for us to preserve and save the past heritage sites for our coming generations. These monuments are located at the main entrance of the fort but have been neglected. We took up their restoration and now we have also illuminated them. These will be opened for the public and will also be made a part of the history by night tour so that the tourists can enjoy the illuminated ambiance,” Lashari said

The significance of the booing of Prime Minister Shehbaz Sharif was not so much in the way that Pakistani politics  had reached Saudi Arabia,...
Read more
CITY

It’s funny, but there was no one I remembered more than the late P’a Tariq, as we young cub reporters used to call Tariq...
Read more
- Advertisment -