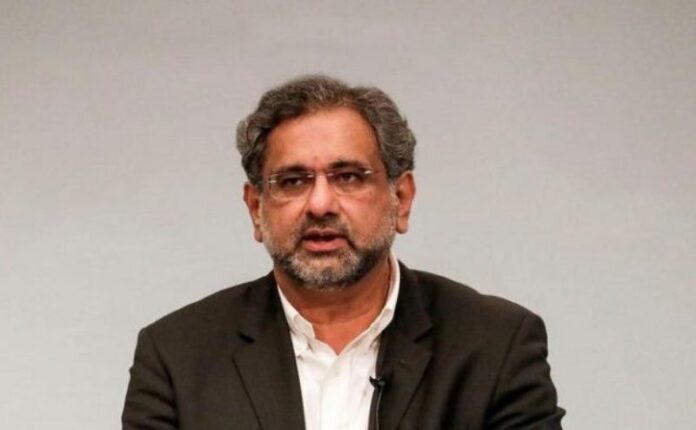 Pakistan Muslim League-Nawaz (PML-N) senior leader Shahid Khaqan Abbasi said on Monday that Leader of the Opposition in the Provincial Assembly Hamza Shehbaz has the chance to become the chief minister of Punjab if the party sought votes from the treasury benches.

His statement was in reference to the Pakistan People’s Party (PPP) strategy to seek votes from the Balochistan Awami Party (BAP) to get Yousaf Raza Gillani elected to the post of Senate leader of the Opposition; a move which has been declared as against the interests and decisions of the Pakistan Democratic Movement (PDM) by others in the alliance.

Abbasi said in the past, opposition members used to join the government but the reverse happened this time around as members of the government started forming alliances with the opposition.

Earlier in the day, PPP and Awami National Party (ANP) were issued show cause notices for violating rules designated by the PDM, wherein the letters were dispatched by Abbasi after the approval from PDM head and Jamiat Ulema-e-Islam-Fazl (JUI-F) chief Maulana Fazlur Rehman.

Both the parties have been directed to present their explanation in seven days.

The leaders of eight PDM parties held an important consultative meeting in Islamabad in which it was agreed that show-cause notices would be sent to the PPP and ANP.