Sugar continues to be sold at exorbitant rates despite price fixing 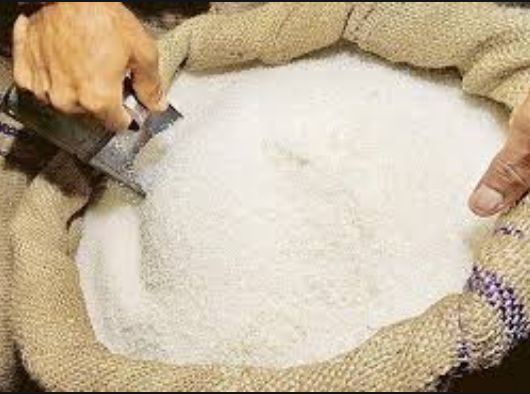 LAHORE: Sugar is being sold at exorbitant rates throughout the provincial capital despite its price being fixed while the district administration has claimed that action is being taken against those involved in this illegal practice.

The district administration had fixed the retail price of sugar at Rs85 per kg on March 2, which was strongly objected to by sugar distributors and millers.

Zamurd Tariq, a resident of Akbari Mandi, said that he got sugar for Rs95 per kg from his local market.

“The government has announced that the price of sugar has been fixed but its price in the retail market is still between Rs95 per kg and Rs100 per kg. When any shopkeeper is asked about high prices of sugar, they flatly refuse to sell it to us,” he said.

However, Rehan Siddiqui, a retailer in Lahore, explained how he could not reduce the price of sugar as it was expensive when he bought it.

“Before fixing the price of sugar, it was necessary to consider that the small shopkeeper would incur a huge loss. I bought sugar from the wholesale market at a rate of more than Rs90 per kg. Now when I have 100 kg of sugar, how can I sell it at Rs85 per kg if it is available at my shop? I am a small shopkeeper and selling such a large quantity at a low price will cost me more,” Siddiqui said.

On the other hand, Lahore Deputy Commissioner Mudassar Riaz said that the district administration was active against those who were selling sugar at higher prices.

“Our Raiwind Assistant Commissioner Adnan Rasheed had visited Metro Cash & Carry Store and sugar was being sold there at Rs96 per kg due to which the store manager was arrested and the store was sealed. Similarly, City Assistant Commissioner Faizan Ahmed, while checking sugar prices in Data Darbar area, arrested 12 people. The arrested persons were sent to Data Darbar police station. In addition, 11 people were arrested in Sanda Islampura area of Lahore while taking action against those selling expensive sugar,” he said.

“Strict crackdown against sugar prices and hoarding will continue and the price of sugar will never be compromised,” DC concluded.

July 31, 2021
LAHORE: The Punjab government on Saturday said mobile phone services would remain suspended on the 9th and 10th of Muharram for security reasons in...