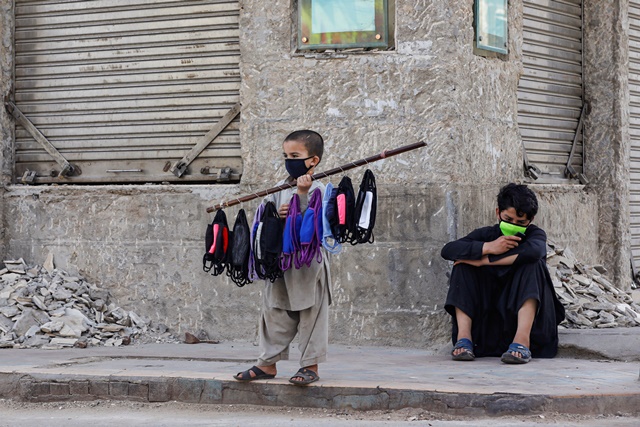 QUETTA: The district administration on Monday imposed Section 144 in Quetta for 15 days with immediate effect to ban all public gatherings in the wake of increasing cases of coronavirus.

A notification issued by the Home and Tribal Affairs Department said that the government has banned the gathering of five or more people across the province.

The health department has also directed strict compliance with the standard operating procedures (SOPs) designated to control the spread of coronavirus.

The law enforcement agencies have also been informed about the directives, the statement said.

The development comes as Balochistan raised its confirmed cases to 19,525 with 28 new infections in the last 24 hours. Authorities received back a positivity rate of 3.69 per cent after conducting 758 tests.

Meanwhile, no new deaths and 18 recoveries were reported on Sunday, leaving 206 dead and 19,046 fully recovered.

Currently, there are now 273 active cases of Covid-19 in the province.

KARACHI: The Sindh High Court (SHC) on Monday issued a notice to the Pakistan Telecommunication Authority (PTA) directing it to file its response in...
Read more
- Advertisment -