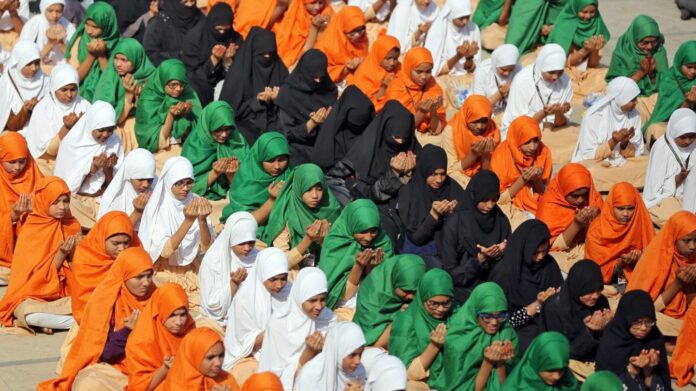 We attempt to protect society and particularly children from witnessing wrong actions and ideas. We make sure they have suitable friends, watch the right shows, and read the best books, with stories and ideas that inspire them towards better values.

Dr Seuss died in 1991. His books are a great favourite among English-speaking children. He wrote more than 60 books for kids, and they contain some fabulous lines such as ‘You have brains in your head. You have feet in your shoes. You can steer yourself any direction you choose,’ ‘Don’t cry because its over, smile because it happened,’ and ‘Unless someone like you cares a whole awful lot, nothing is going to get better. It’s not.’

It would be hard to find more dynamic, stirring messages than these. And yet apparently six of Dr. Seuss’ books are being pulled from publication because of certain lines within them that are considered racist. One of them is the book called ‘And to Think I Saw it on Mulberry Street,’ in which a character described as Chinese has ‘two lines for eyes’. Perhaps the fear is that children will see this description as a taunt, and likewise taunt people with small eyes. Or some such thing. We are trying to be more and more politically correct in this generation. Sometimes this correctness makes sense, sometimes it does not. It’s difficult to work out how far political correctness should go.

Terminology matters, but its use must be taught intelligently, not by snatching away words from under someone’s nose. When adults show respect children will learn. Children forget Humpty Dumpty or Tot Batot, but a child does not forget the sight of a dead man, of someone taunting a woman’s appearance, of the ill-treatment of that woman or another child, or the simple sight of someone doing the very thing he has been asked not to do. Children are intelligent

There are millions of books with racist or other discriminatory references, some more some less.

Things were different once, in some good ways and in some bad. People spoke differently and treated each other differently. Books written in such times by people who lived then took those values in their stride, or even if they did not, they missed a bit here and there.

So although once it was acceptable to say ‘handicapped’ for anyone with a disability it is now not so. It is considered correct to say disabled, or even better to say ‘differently abled’. There was also a time when one used the ‘n’ word which has now morphed into ‘black’ or ‘coloured’. Can and should all books using the old words be dumped?

‘Bad’ values are nothing but bad values unless people learn a lesson from them. That is when they cease to be ‘bad values’ and become a feature of the evolution of mankind. Naturally this applies to relatively minor examples, not to outright manic rants or Alt-right groups such as the Proud Boys, or the Lashkars, where people are incited to kill and torture. If all writing containing ‘bad value words’ are deleted the process is likely to start all over again. And also, the fact of something being deleted makes it unbelievingly enticing for people. That is human nature.

Political correctness has not made its way to Pakistan as yet, and we make many mistakes. We still speak of each other in ways that make a decent person’s face burn, we still condemn and hurt people because of their religious beliefs, we scorn others because of the colour of their skin and because of their financial status. In the Punjab the caste system is alive and well and people actually marry or do not marry on the basis of being, Rajput, Syed… whatever, or because of not being one of those things.

The same is true of many other countries, including as we are now witnessing the USA, where such bigotry is just as alive as in Pakistan, and almost as present as before in some segments of society.

If all books with insensitive references to race, religion, caste, or social status are removed from the shelves will we stop being racist, and bigoted? Will Fair and Lovely (now called something else) go out of business? Will Rajputs marry Arains, and Gujjars marry Bhattis?

If this were so people would look upon Trump as an anomaly, upon Amir Liaqat as a nice guy, upon our PM as a very intelligent man. But half of the USA voted for Trump, and Amir Liaqat, a popular television personality and the holder of several fake degrees, has been accepted into the PTI. What did we miss?

Books are important. Yes they are very important, but there are other things too that make a difference such as what we witness around us and what we hear being said. Our families, society and leaders. Those are the most important role models.

If a child reads ‘Tummak tala Tummak tala, Billi ka mun ho gaya kala’, will he or she become racist because the rhyme refers to a cat’s face being black? Hardly. But he or she is very likely to notice and take it on board when mum and dad find Amir Liaqat’s Hindu deity reference amusing with regards to Mariam Nawaz.

When a child is told to wear his mask and stay away from people who are infected with covid-19, he or she will question why the PM had a meeting and sat with people in the same room when “Aboo said he tested positive.”

People need to teach their children to speak politely to everyone, regardless who they are. They need to see the human and not the label, to be taught this from the time they are able to speak.

In this context there is an extremely thought provoking tweet by a lady called Priyanka which said: I am a Hindu, not non-Muslim.

A Hindu lives, breathes and has needs like all of us. A non-Muslim implies everything that is not, like a great black hole. Terminology matters, but its use must be taught intelligently, not by snatching away words from under someone’s nose. When adults show respect children will learn. Children forget Humpty Dumpty or Tot Batot, but a child does not forget the sight of a dead man, of someone taunting a woman’s appearance, of the ill-treatment of that woman or another child, or the simple sight of someone doing the very thing he has been asked not to do. Children are intelligent.