End of the road for PDM

Bruised, badgered and just about buried 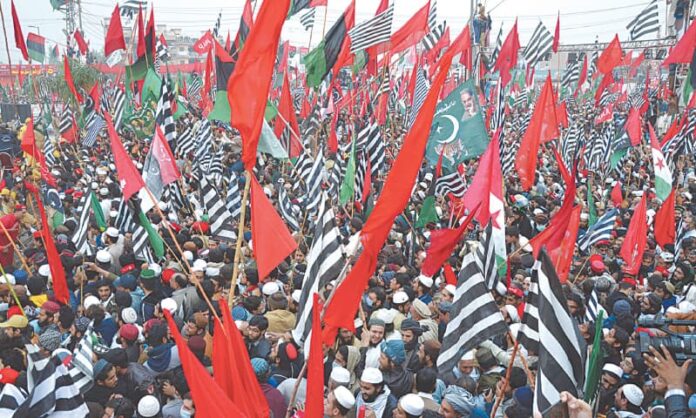 “You walk through a series of arches, so to speak, and then, presently, at the end of a corridor, a door opens and you see backward through time, and you feel the flow of time, and realise that you are only part of great nameless procession.”

With the virtual dismantling of the PDM, as some would rejoice, the inevitable has happened. Conceived with an excess of malfeasance, it was only a matter of time before it would come down under the piling mountain of its hubris. Yet others would contend that it was stillborn with little more than its overflowing toxicity to contend with. Whatever the reasons, the fact remains that the wobbly structure has crumbled, with the two leading parties blaming each other for the debacle.

While some inherent contradictions can be traced to its very inception, it never quite took off as it could garner little public support even in the so-called heydays of its existence. The fall was always on the cards and it started happening during the early days of agitation when, in the heartland of its political capital, the PML(N) was unable to gather a substantial number of people by way of sustaining and promoting its charter of demands. It was actually at that juncture that the whole movement began to come apart.

Now that the jostling for the opposition leader’s seat in the Senate has triggered the dormant contradictions between these blood-sucking maggots, it is important that the pace of curative work quickens to achieve in months what may ordinarily have taken years for accomplishing.

In fact the coming together of the PPP and the PML(N) to wage a struggle for democracy was an act reflecting disdainful hypocrisy. The two have had a history of always being at each other’s throats. Both were the product of military dictators and both thrived by showing each other the mirror. It was Nawaz Sharif who exploited the worst of times for the PPP, when Bhutto was hanged, to actually become the political manipulator that he turned into. His was one of those parties which openly celebrated the Bhutto hanging and made lucrative capital as a consequence by playing lackey to General Zia and laying the foundations of the illicit business empire that he was to build during later times. This is how the politics of money was introduced in the country.

The hatred that the two exuded for each other did not leave a margin for cooperation. But strange are the ways of politics. The romance started back in 2006 when the two parties signed the Charter of Democracy (CoD) to initiate joint struggle against dictatorship. The vow was buried among the pages of the document before the ink dried on them as, shortly thereafter, with the support of some international interlocutors, Benazir Bhutto initiated negotiations with the incumbent dictator to facilitate her passage back to the country. The Sharifs followed suit in due course. Later, the two moved to violating just about every clause of the CoD as times demanded. There was not a shred of remorse or shame at the blatant manner in which they had both hoodwinked the people in the name of democracy to lay the foundations for raising their respective family oligarchies.

The Bhutto-Zardari and Sharif dynasties took turns to plunder the country mercilessly of its assets and promise and, in 10 years, the country was reduced to a skeleton sprawled by the wayside with a begging bowl to fend for its survival. But their personal coffers had kept overflowing with pelf and all its attenuating appendages. The promise of democracy had been consumed by incorrigible greed. Nothing was spared in the process as every state edifice was dismantled that would resist their incursions. It was a total and all-consuming infatuation with rendering themselves invincible so that power could keep passing from generation to generation with the country remaining captive in their corrupt and lustful siege.

This is what Prime Minister Imran Khan inherited when he assumed the mantle of power after winning the elections in 2018. The state exchequer was empty with nothing left to even pay the interest on billions worth of outstanding loans. The whole country had been mortgaged. The corrective process was painful as the Prime Minister took to addressing the malaise which had penetrated deep with every soul sold out for personal gains. The political elite, bureaucracy, national institutions— every facet of the government had crumbled. People implemented orders only if they would make a fat buck for their own advancement.

When they realised that times had changed and there was nothing for their personal enrichment, they took to subverting the working of the government. The whole country presented a pen-down spectacle. A plethora of excuses were furnished in an endeavour to justify their go-slow to no-work syndrome, the principal one being that they would not like to face the NAB axe. The whole government machinery virtually ground to a halt.

That is how the Imran Khan tenure started. It was like building the whole structure starting with laying the first brick. There was nothing left to make use of. It was a battle all the way, from the scratch upwards, to build the country again. But the challenge of the adversaries was not over yet. Deprived of their seats in power and their hold on its levers, these political charlatans assumed the role of draconian mafias to sabotage the initiatives the government undertook in various sectors. They had the billions to pay for buying everyone along. They became the agitators and manipulators behind the sugar mafia, the oil mafia, the bureaucracy mafia, et al. The fabrication of the PDM was a key keg in that game plan.

The battle has only just begun in earnest. The good part is that these mafias are faced with a person who is not a purchasable commodity. And, more so, with each passing day, he becomes ever more determined for putting the country on path to genuine progress and remedying the grievances of the impoverished and the marginalised communities. He remains undeterred by all the vile and wicked tricks that these mafias have hurled in his way. It has only enhanced his indomitable resolve and his unflinching determination.

Much may have been put right, but much more remains to be done. The path ahead is tortuous and sown with obstacles which may be difficult to surmount. It would require the absolutes of candour and courage to overcome. Meticulous planning would be required at every step with a capable, committed and vibrant team of people to take it forward. There should be no caveats, no blanks for the mafias to stage a comeback.

Now that the jostling for the opposition leader’s seat in the Senate has triggered the dormant contradictions between these blood-sucking maggots, it is important that the pace of curative work quickens to achieve in months what may ordinarily have taken years for accomplishing. Time would be of the essence as would be the quality of planning and implementation.

There is no looking back. Given half a chance, these vultures will pounce to devour whatever may have been left by way of a country. They have already torn the flesh. But their greed would not spare even the bones. Nearing their end, these predators are waiting for the measly remnants. They have to be denied the pleasure.

Pakistan has been much wronged, but it shall emerge from these testing times stronger than ever before, fully committed to realise its foundational ideals. Like the proverbial phoenix, Pakistan shall rise. Pakistan shall overcome.